By David Duke. Major Jewish Pro-Zionist organizations actively involve themselves in the domestic politics and policies of the nations in which they are located.

Jewish dominated media supports certain societal policies and values and demonizes others. A perfect example is Council of Presidents of Jewish Organizations. This body is made up of 50 of the most powerful Jewish “advocacy” organizations in the United States and has a combined budget of over one billion dollars — used for the sole purpose of supporting policies and attitudes which are in the interests of Israel and the Jewish people.

There are similar Jewish policy groups in almost every major nation.

It is truly shocking to see how these Jewish supremacist organizations  advocate certain policies for Gentiles and Gentile nations—but then hypocritically advocate diametrically opposite policies for their fellow Jews and their sacred state of Israel.

One set of rules is for Gentiles, another, opposite set of rules for Jewish Supremacists—this is the guiding principle by which Jewish extremists operate, as shown in this revealing survey of their activities across the world:

In the Israeli state–which these same organizations support–immigration is basically a Jews-only affair and they even seek to use DNA tests to ensure that they remain ethnically pure. They pronounce that Israel must be Jewish State, but condemn America, or any nation, which might seek to preserve its ethnic heritage. 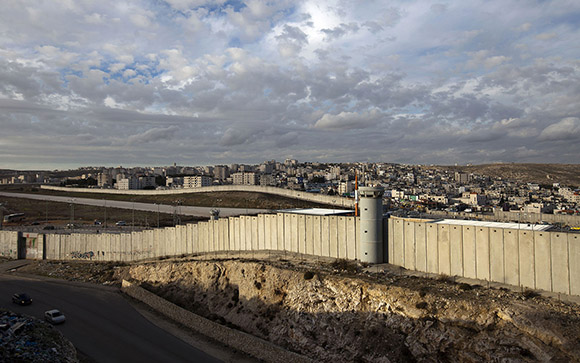 In Israel, the Organization for the Prohibition of Chemical Weapons (OPCW) has named Israel as one of the world’s major offenders with regard to chemical weapons.

3. Promotion of racial and ethnic assimilation of everyone but Jews

In America and other nations, Jewish groups are at the forefront of promoting the mixing of Gentiles of all ethnicities; but…

In Israel, the Jewish state funds organizations, private and public, which work full time to prevent Jews from mixing with non-Jews. The same Jewish organizations which promote racial intermarriage for every other nation, support Israel where a Jew cannot legally marry a non-Jew.

In America, and other Western nations, Jewish Supremacists have been behind the legalization of same-sex marriages; but they devotedly support Israel where…

In Israel, same-sex marriage is illegal.

In America and other nations, Jewish groups are at the forefront of demanding that asylum seekers be given refuge, even if they have crossed dozens of safe countries to reach their intended destinations; but

In Israel, asylum seeking is virtually impossible. In 2011, for example, the Jewish state granted exactly one (1) asylum seeker refuge in Israel.

In Greece—or any other nation around the world, any attempt by the indigenous people to preserve their identity is vehemently opposed by the organized Jewish lobby; but

In Israel, it is that state’s formally declared policy to be a “Jewish state” and nothing else.

In America—or any other nation on earth—Jewish Supremacist advocacy groups such as the ADL or SPLC are at the forefront of legal actions against any local authority or public organization which is segregated, yet Israel has thousands of segregated schools. institutions, apartment buildings and neighborhoods, reserved for Jews only.

In Israel, the Jewish state builds entire settlements on land it stole from the Palestinians, where Palestinians are forbidden to live.

In the Middle East, Israel and Jewish leaders all over the world scream about “atom bombs” supposedly being built by Iraq, Iran and all other real or alleged enemies; but…

Israel is the true Nuclear, Chemical and Biological Rogue state!

In Israel, the Jewish state is the only Middle Eastern nation to actually have nuclear weapons and not be a signatory to the Nuclear Non-Proliferation Treaty (NPT) and which refuses to allow any inspections of its weapons facilities.

In America, Jewish Supremacists such as Sheldon Adelson make fortunes from casinos; but

In Israel, casinos such as those seen in Las Vegas and elsewhere are illegal.

In America and elsewhere, Jewish Supremacist groups are at the forefront of legal action to remove all Christian symbols or references from public places; but

At the same time, they demand the right to erect Jewish symbols at all public places such as in front of the White House.