While Jewish Supremacists in America continue to push as hard as they can for ever-increased immigration and the legalization of those who have flouted US immigration laws, in Israel they continue to arrest and detain scores of Africans who have broken the law in that country. 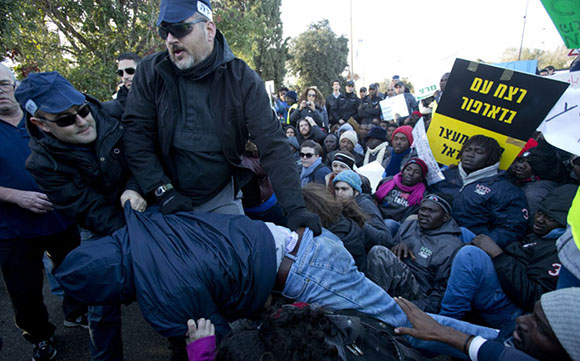 This hypocritical disparity in Jewish Supremacist tactics has been highlighted once again with the mass arrest of a over 150 African asylum seekers who deserted from a concentration camp prison in the Negev desert, south Israel.

The Africans managed to reach Jerusalem to take part in a protest at their continued detention and Israel’s refusal to even consider granting them asylum.

The protest was however short-lived, as Israeli police and immigration authorities arrested them all and put them on buses back to prison. 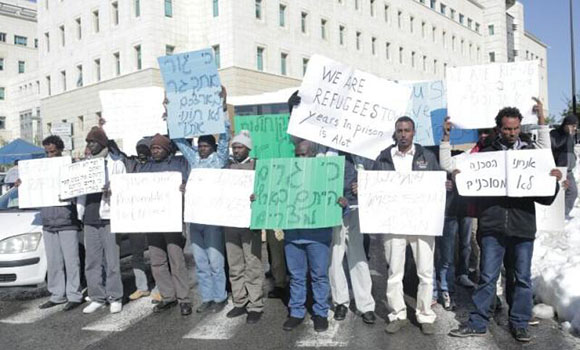 The protest, held outside the Prime Minister’s Office and then the Knesset, took place on Tuesday this week—but there has been absolutely no coverage of the events in the Jewish Supremacist controlled western mass media—unlike the case with any similar protests anywhere else in the world.

According to a report in the Jewish news source, Ynet News, Benjamin Netanyahu said in his response to the pretest that the “infiltrators who were transferred to the special detainment facility can either stay there or go back to their home countries.”

It is bad enough that the Jewish Supremacists in America ensure a media blackout on Israel’s anti-gentile immigration policies—but at the same time they openly push for exactly the opposite policies in the U.S.

For example, a report in the Jewish Telegraphic Agency from earlier this year revealed that an “array of Jewish groups urged President Obama and Congress to ease the path to citizenship for undocumented immigrants” in America. 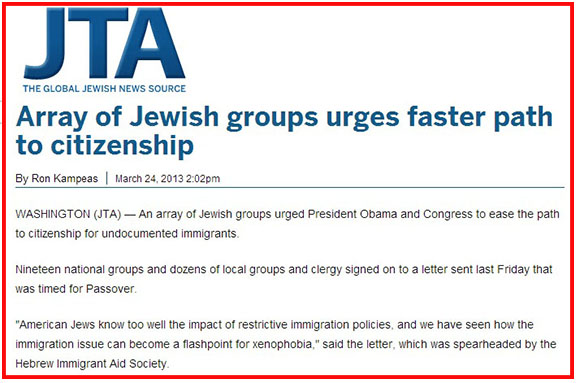 The call was made in a letter signed by nineteen national Jewish groups, timed for the celebration of Passover.

“American Jews know too well the impact of restrictive immigration policies, and we have seen how the immigration issue can become a flashpoint for xenophobia,” said the letter, which was spearheaded by the Hebrew Immigrant Aid Society.

“We are concerned the failure of national leaders to fix the broken immigration system has fueled racist, nativist, and extremist groups who blame immigrants for our country’s problems, and has been a central factor in the spread of state and local policies and laws that legalize discrimination against immigrants,” the letter says.

Notice the incredible hypocrisy: in fact it is the Zionist extremists who are the true racists and have the most restrictive immigration policies in the world in their country—yet the only time the Jewish Supremacists talk about “racism” is when they mean other, non-Jewish, people.

Next Post Homosexual Jews have “Higher Souls” than Non-Jews