The underlying Jewish Supremacist tribal loyalty which links all Jewish extremists no matter what their pretended nationality might be, has been illustrated once again with the unilateral offer made by US Secretary of State John Kerry (real name Kohn) to Israel to try and secure the release of convicted spy and worst treason agent ever, the Jew Jonathan Pollard. 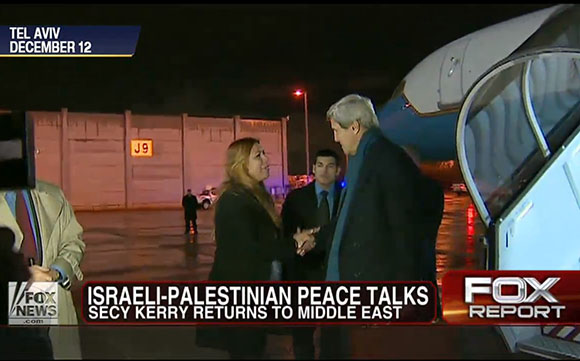 According to reports, Kerry-Kohn made the unilateral offer to free Pollard if Israel frees Israeli Arab prisoners in the fourth and final phase of a series of prisoner releases.

Israeli reports on the matter were quick to point out that Kerry had not made the offer with any official backing, and expressed doubt that it would actually be approved.

This is, however, besides the point. The fact that Kerry could even make such an offer—to free Pollard, convicted of passing classified information to Israel while working as a civilian intelligence analyst—is a clear indication of the “special relationship” which exists between the ruling elites of both nations.

Pollard was unquestionably America’s most damaging espionage case since the time of the Communist Jewish spy ring under the Rosenbergs, who handed the secrets of the atom bomb to the Soviet Union (the Rosenbergs were executed at Sing-Sing prison for this treason).

Pollard’s actions were described by US Defense Secretary Caspar Weinberger in his recently declassified statement on the case as follows:

“It is difficult for me, even in the so-called ‘year of the spy,’ to conceive of a greater harm to national security than that caused by the defendant in view of the breadth, the critical importance to the U.S., and the high sensitivity of the information he sold to Israel.

“That information was intentionally reserved by the United States for its own use, because to disclose it, to anyone or any nation, would cause the greatest harm to our national security. Our decisions to withhold and preserve certain intelligence information, and the sources and methods of its acquisition, either in total or in part, are taken with great care, as part of a plan for national defense and foreign policy which has been consistently applied throughout many administrations. The defendant took it upon himself unilaterally to reverse those policies. In so doing, he both damaged and destroyed policies and national assets which have taken many years, great effort and enormous national resources to secure.”

Information acquired by the Israelis as a result of Pollard’s spying activities was later sold on by the Jewish state to Red China (and who knows who else) and quite literally compromised agents, infrastructure and lives across the globe.

In 2002, Israeli Prime Minister Benjamin Netanyahu visited Pollard in prison, and in September 2009, Israeli State Comptroller Micha Lindenstrauss released a report that stated the Israeli government has made concerted efforts for years to gain Pollard’s release for many years.

Almost all Israeli parliament members have endorsed the call for Pollard’s release, and during Obama’s recent visit to Israel, he was formally asked to release the Jewish traitor several times by numerous officials with who he met.

Against this backdrop, the fact that Kerry-Kohn could even make such an offer shows precisely the chutzpah and racial loyalty practised by these Jewish Supremacists, and serves once again to show that the American “government” is staffed by aliens who place their tribal loyalties first.

Previous Post American Congress is Totally Alien to the Interests of the People—Dr. David Duke on Press TV

Next Post Illegal Immigrants in Israel and America: A Tale of Jewish Supremacist Hypocrisy