It was only last summer Dr. Duke and I were calling on Donald Trump to ditch Mike Pence and make Tucker Carlson his running mate. Tucker Carlson has been the only voice of reason in the main stream media on a lot of important issues over the past four years, and has built up the largest audience of any news program on cable TV. True, from the start he always had this perverse hatred of China, and frequently brought on Gordan Chang, a half-Chinese American academic who has made a career out of predicting China’s immanent collapse. Chang’s father came to America from China a few years before Mao’s victory over Chiang Kai-shek, and presumably Gordon’s father was a Chiang Kai-shek partisan who instilled a hatred of the People’s Republic in his son. I don’t know if that is what happened, but exiles, whether from Cuba or Iran or elsewhere, typical behave this way. Whatever. At any rate, Gordan Chang basically mans the China desk at Neocon Central, and like all neocons he is taken seriously even though his predictions are always wrong.

Anyway, Tucker’s anti-Chinese rants were pretty much limited to Chang’s appearances on his show for the first few years. However, since the start of the Coronapocalypse Tucker has gone completely off the rails. He has been inviting on high-profile politicians like senators Josh Hawley and Tom Cotton to coax them into sabre rattling against the Chinese, and no doubt had a lot to do with anti-China turn that Trump took during his last year in office. It’s well known that Trump was a regular viewer of Tucker’s show. One could make the case that Tucker is the single person most responsible for the anti-China hysteria that has gripped normie-cons and boomers. I certainly make that case. On tonight’s show (March 30), Tucker called for China to pay reparations to America for the coronavirus. It is just so illogical and retarded for Tucker to say such a thing that it makes my head swim.

Here’s the thing. To his credit, Tucker has pointed out that the Coronavirus isn’t really that dangerous to most people and that the lockdowns are cruel and insane and the main purpose of the mask is to train people to obey arbitrary dictates. And yet he has been peddling this idea that China purposely engineered Covid-19 as germ warfare to be unleashed on America. Which is it? Is it a mundane flu or a deadly bioweapon? Depending on which night you watch, it can be either. Or even both in the same show.

If you put together the pieces of Tucker’s schizophrenic narrative, this is what you get: The Chinese developed a slightly unusual but rather mild virus and then infected one of their own major cities with it. A curious world watched as China quarantined Wuhan during Chinese New Year. Then China sent tourists to the far corners of the globe to infect everyone. The otherwise well-meaning leaders of America and Europe didn’t know what to do because China withheld information, so naturally they imitated China’s quarantine, only in a much more heavy handed way such that it destabilized society and crashed the economy. China used some sort of Oriental mind manipulation so that our benevolent Jewish overlords would fail to notice that China actually lifted its quarantine after a few weeks and instead were tricked into inciting our blacks to burn down our cities, locking down regular people for a year and counting, and using the pandemic as an excuse to steal the election.

Let’s dissect that narrative a bit. It places all the blame on China for the decisions made by the Jewish dominated elite (and of course the bumbling Trump gets a share of the blame) to throw tens of millions of people out of work, destroy millions of small businesses, deprive kids of education and socialization, and make everyone miserable with masks and the cancelation of fun. The virus was the pretext for the switch to unsecured mail-in voting that stole the election in front of our very eyes, yet China is still getting blamed by boomercons (Mike Lindell, Sydney Powell, Lyn Wood, the Oathkeepers who stormed the capital, but notably NOT Tucker) for rigging the election using voting machines that American officials bought, installed, and operated. The lockdowns were also the necessary context for the BLM riots going nationwide, unlike the one-city-at-a-time riots of the previous several years. So our Jewish-dominated elite gets a free pass while China must pay reparations because supposedly they created it. I don’t pretend to know the origin of the virus. I actually don’t care that much where or how it started, because it isn’t that big a problem in and of itself. The problem is the response to the virus, and it was our own policy makers that crafted the response.

Here is an alternative origin scenario that is much more plausible. I am not saying this is what happened, but it is certainly more plausible. Our own establishment created a slightly unusual but rather mild virus and released it in Wuhan in a false flag move because the nearby virology lab could be blamed. American military personnel were in Wuhan in late 2019 for some sort of military games, and some were from a base in Maryland near one of our own major virology labs. The Chinese were caught off guard and implemented a quarantine until they figured out that it wasn’t that severe, then went back to normal. The western media seized on this story out of China and whipped people into a panic. Our elite manipulated case and death numbers in order to justify extraordinary measures that allowed for various agendas to be implemented. These agendas included restructuring the economy to benefit favored corporations and industries at the expense of the middle class; restrictions on basic freedoms such as speech, religion, movement, and association; the implementation of coerced vaccinations; and most importantly the demoralization and expropriation of whites to prevent them from ever again posing a threat to the Jewish-dominated elite.

Or maybe it just came from bat soup. The point is that Tucker and his guests have been calling for Chinese assets to be frozen around the world in order to finance the Jews’ war on white people. And normie-cons are all on board. When you add to that the libtard obsession with gay rights (or whatever, they don’t know) in Hongkong, Taiwan, Tibet, and Xinjiang, we could be heading for World War III. Similar Jewish agendas had a lot to do with the previous two world wars as well as more recent Middle East wars, and with everything that has happened in the past year and considering that the average American’s only experience with war is watching it as entertainment on TV, we could be on the brink of nuclear Armageddon. None of Tucker’s warm takes on the woke agenda come anywhere near mitigating the unimaginable horror of the war he seems hellbent on pushing us into. Forget Don Lemon, Anderson Cooper, Shep Smith, or Rachel Maddow. Tucker Carlson is absolutely the biggest faggot on television. 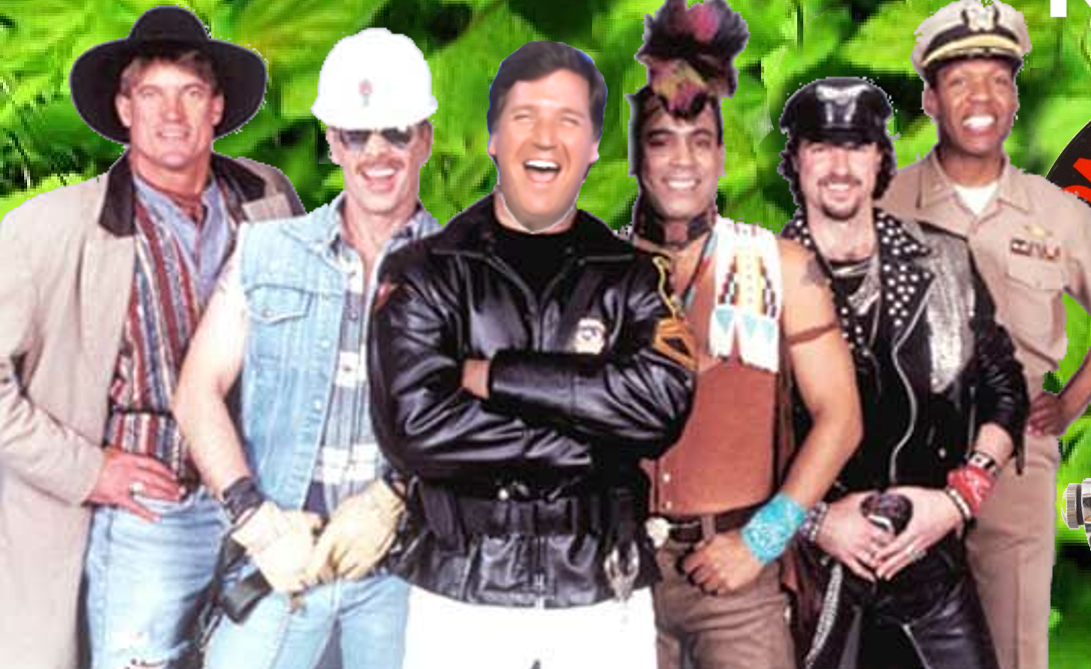 Tucker Carlson is an enormous faggot and I would totally kick his ass in a cage fight.