Congress and the government of United States is totally alien to the interests of the American people and are hurting this nation, Dr. David Duke has told an international audience via PressTV. 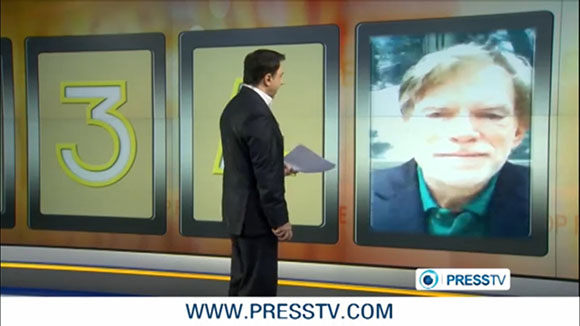 Speaking during an interview conducted from Florida, Dr. Duke was asked about a recent opinion poll, conducted by Time magazine, which found that two-thirds of Americans surveyed agreed that the current Congress is the worst in their lifetime. Nearly three-quarters of respondents — rich and poor, young and old, Democrats and Republicans — agreed this is a “do-nothing” Congress.

Fewer than 60 bills have been signed into law this year, the first year of the 113th Congress ahead of what’s likely to be an even slower 2014, with lawmakers focused on the midterm elections. At that pace, this Congress is on track to be the least productive in at least 40 years.

However, all laws which have boosted “aid” to Israel have been rushed through at lighting speed, making up a completely disproportionate part of the few acts which Congress has actually passed.

Here follows the transcript of the interview conducted with Dr. Duke:

Press TV: Well David Duke, when we want to take a look at this poll, it is about as bad as it can get. Is it that bad? Do you agree with this poll?

Duke: I think the Congress in United States and the government of United States is totally alien to the interest of the American people. They are absolutely involving us in these incredible wars around the world.

They are hurting America. They have sold lock, sock and barrel, the wealth and the hard-earned money of the American people is in international banks which are robbing us like the TARP (the Troubled Asset Relief Program), like the bailout, banks like Goldman Sachs is part of their banks.

The media of United States is not really of the American people. It is of a tiny Jewish extremist Zionist minority and they run Hollywood. And Hollywood, there is many millions of Americans just some good shows on television and there are good movies out there but there is so much of our media that is so destructive, degrading the generative against the American people.

And they control, the conglomerates, they control the news of the world, how we see the world and they continue to bend the minds of the American people for Israel.

They are sending millions and millions of dollars every day, billions actually every year to Israel.

They made us spend trillions of dollars in wars for Israel. The war in Iraq was not a war for oil, we got no oil out of it. It has cost us and it will cost us three trillion dollars because Saddam was their enemy.

And now they have done sanctions against you, we cannot be buying oil from you and your country is suffering greatly but they have done this because they hate Iran, because Iran dares as probably the leading nation in the world, well there are few other countries will do it other than Syria and some people in Lebanon, it is the really nation in the world standing up to Zionism.

See the interview on PressTV here.