Pink Floyd Rock Star Roger Waters has revealed that the “Jewish lobby” controls the political discourse in America and the music industry in America—and uses that power to suppress any dissent about Israel. 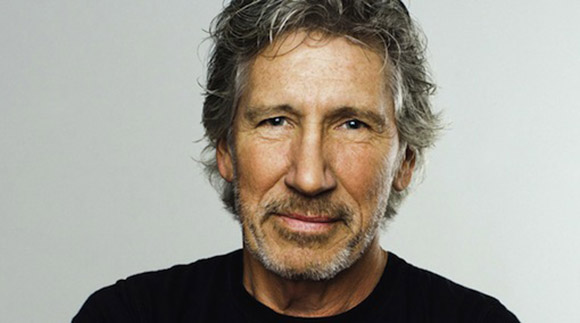 In an interview widely copied on the internet, Waters also revealed his understanding of the fanatical racist hatred which underlies Jewish Supremacism.

“The voice, for instance, of the right wing rabbinate, which is so bizarre and hard to hear that you can hardly believe that it’s real,” Waters said.

Asked why other musicians did not take a public stand like he did, Waters replied that

“Well, where I live, in the USA, I think, A: they are frightened and B: I think the propaganda machine that starts in Israeli schools and that continues through all the Netanyahu’s bluster is poured all over the United States, not just Fox but also CNN and in fact in all the mainstream media.

“It’s like a huge bucket of crap that they are pouring into the mouth of a gullible public in my view, when they say ‘we are afraid of Iran, it is going to get nuclear weapons…’. It’s a diversionary tactic.

“The lie that they have told for the last 20 years is ‘Oh, we want to make peace’, you know and they talk about Clinton and Arafat and Barak being in Camp David and that they came very close to agreeing, and the story that they sold was ‘Oh Arafat f**ked it all up’.

“Well, no, he did not. This is not the story. The fact of the matter is no Israeli government has been serious about creating a Palestinian state since 1948. They’ve always had the Ben Gurion agenda of kicking all the Arabs out of the country and becoming greater Israel.

“They tell a lie as part of their propaganda machinery whilst doing the other thing but they have been doing it so obviously in the last 10 years.

“For instance, even after when Obama went to Cairo and made that speech about Arabs and the Israelis, everybody was like ‘Oh, this is a step in a new direction at least’. But as soon as he visited Israel, they said. ‘Oh by the way, we are building another 1200 settlements’.

“Exactly the same when Kerry went last year saying, ‘Oh I am going to try to get the sides together and talk peace’. Netanhayu said “F**k you. We are going to build another 1500 settlements and we a going to build them in E1, this is our plan.’

“This is so transparent that you’d have to have an IQ above room temperature not to understand what is going on. It is just dopey.

“You know I read some piece the other day where it said ‘apparently only the Secretary State of the United States, believes that these current peace talks are real, no one else in the world does’.

“It is a very complicated situation which is why you and I and all the other people in the world who care about their brothers and sisters and not just about the people of our own faith, our own colour, our own race or our own whatever, have to stand in solidarity shoulder to shoulder.

“This has been a very hard sell particularly where I live in the United States of America. The Jewish lobby is extraordinary powerful here and particularly in the industry that I work in, the music industry and in rock’n roll as they say.

“I promise you, naming no names, I’ve spoken to people who are terrified that if they stand shoulder to shoulder with me they are going to get f**ked.

Waters also revealed that he was offered a $10 million contract to play one concert in Israel to help break down a cultural boycott of the Zionist state.

“You know that Shuki Weiss( preeminent Israeli promotor) was offering me a hundred thousand people at hundred dollars a ticket a few months ago to come and play in Tel Aviv! ‘Hang on, that’s 10 million dollars’, how could they offer it to me?! And I thought Shuki are you f**king deaf or just dumb?! I am part of the BDS movement, I’m not going anywhere in Israel, for any money, all I would be doing would be legitimizing the policies of the government.”

Next Post American Congress is Totally Alien to the Interests of the People—Dr. David Duke on Press TV