In yet another staggering display of Jewish chutzpah, the Jewish Supremacist-owned New Yorker magazine has published a detailed and lengthy exposition on how exactly the Jewish Lobby controls the US Congress and Senate, even giving actual—and sometimes shocking—examples of this power at work. 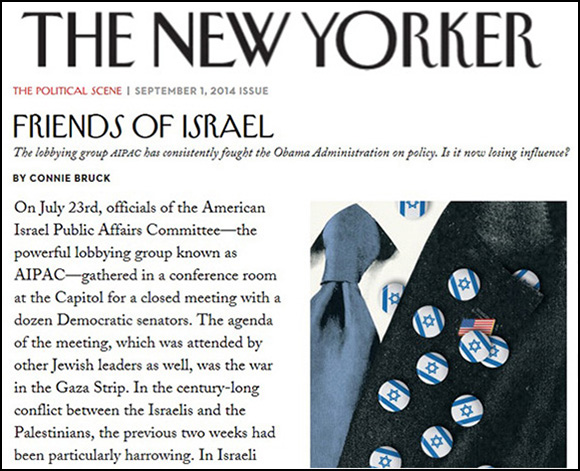 The lengthy article does not ultimately answer its own question, most likely because the evidence that it then amasses, shows incontrovertibly that the American Israel Public Action Committee (AIPAC) completely controls Congress through its ability to fund the campaigns of all would-be Congressmen and Senators—from both parties.

The article starts off by boasting with the astonishing revelation that the most recent additional $225 Million “in emergency aid to Israel” for the “Iron Dome” system was passed almost in secret by just five (5) US Senators!

On July 22nd, Defense Secretary Chuck Hagel had sent a letter to Harry Reid, the Senate Majority Leader, seeking an immediate payment of $225 million. . . The Senate, preparing for its August recess, hastened to vote on the Iron Dome funding. . . At first, the appropriation was bundled into an emergency bill that also included money to address the underage refugees flooding across the Mexican border.

But, with only a few days left before the break began, that bill got mired in a partisan fight. . . The next morning, with the halls of the Senate all but empty, an unusual session was convened so that McConnell and Reid could try again to pass the bill; Tim Kaine was also there, along with the Republicans John McCain and Lindsey Graham.

“There were five senators present and literally no one else!” the staffer said. “They reintroduced it and passed it. This was one of the more amazing feats, for AIPAC.”

Thus even the allocation of nearly a quarter of a billion dollars of US taxpayers’ money is made almost behind closed doors—at AIPAC’s demand.

The New Yorker then boasts article then that an AIPAC reception during its annual policy conference draws most congressmen and senators than any other government meeting except a joint session of Congress or a State of Union address: 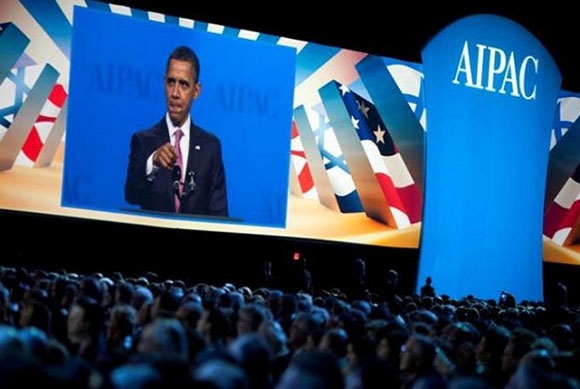 Because of their regional funding system—where the money collected to fund pro-Israeli candidates is dispersed through a number of Political Action Committees, the New Yorker says that it is “difficult to track the amount of money they channel to political candidates.

This issue aside, the New Yorker continues:

In 1996, Brian Baird, a psychologist from Seattle, decided to run for Congress. Local Democrats asked if he had thought about what he was going to say to AIPAC.

“The difficult reality is this: in order to get elected to Congress, if you’re not independently wealthy, you have to raise a lot of money. And you learn pretty quickly that, if AIPAC is on your side, you can do that. They come to you and say, ‘We’d be happy to host ten-thousand-dollar fund-raisers for you, and let us help write your annual letter, and please come to this multi-thousand-person dinner.’ ”

Baird, who is now retired from Congress, continued:

The contributions, as with many interest groups, come with a great deal of tactical input.

“The AIPAC people do a very good job of ‘informing’ you about the issues. It literally gets down to ‘No, we don’t say it that way, we say it this way.’ Always phrased as a friendly suggestion—but it’s pretty clear you don’t want to say ‘occupied territories’! There’s a whole complex semantic code you learn. . . . After a while, you find yourself saying and repeating it as if it were fact.”

Baird also said that soon after taking office, he went on a

“[V]irtually obligatory” trip to Israel: a freshman ritual in which everything—business-class flights, accommodations at the King David or the Citadel—all paid for by AIPAC. 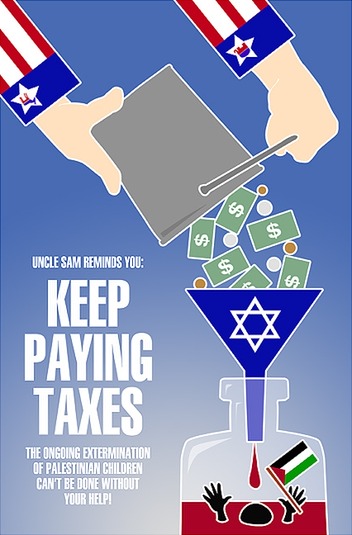 The effect of such strict control upon Congress was detailed by Baird on how Congressmen vote when resolutions relating to Israel come up. Baird said that he had seen first hand the “devastating destruction of hospitals, schools, homes, industries, and infrastructure” in Gaza during Israel’s 2009 “Operation Cast Lead.”

When an AIPAC-sponsored resolution to condemn a UN report on the atrocity was introduced in the House, and three hundred and forty-four members voted in favor of the Jewish Lobby’s demands. Baird told the New Yorker:

When we had the vote, I said, ‘We have member after member coming to the floor to vote on a resolution they’ve never read, about a report they’ve never seen, in a place they’ve never been.’

When key votes are cast, the question on the House floor, troublingly, is often not ‘What is the right thing to do for the United States of America?’ but ‘How is AIPAC going to score this?’

There’s such a conundrum here, of believing that you’re supporting Israel, when you’re actually backing policies that are antithetical to its highest values and, ultimately, destructive for the country.

In addition to controlling Congressmen while in office, the New Yorker reveals, the power of the Jewish Lobby extends to their post political career as well.

Staff members fret about whether AIPAC will prevent them from getting a good consulting job when they leave government.

“You just hear the name!” a Senate aide said. “You hear that they are involved and everyone’s ears perk up and their mood changes, and they start to fall in line in a certain way.”

Just like the Jewish Supremacist boasts about how they control the media, or Hollywood, this frank admission about how the Jewish Lobby controls the government of the United States will not be condemned by the ADL, SPLC or other Jewish organizations as “antisemitic” –because it is Jews making the claims.

If however, any non-Jew were to write such an article, these Jewish pressure groups would be screaming for blood—because no-one except Jews can write about Jewish power.

It is the old rule: one set of standards for Jews, another set for non-Jews.

Previous Post Gaza, Israel, War Crimes and How the Jewish Lobby Manipulates the US Government