American taxpayers have been forced to sink nearly another quarter of a billion dollars into the Zionist “Iron Dome” hoax as the Obama regime continues to support the Jews-only racist state of Israel. 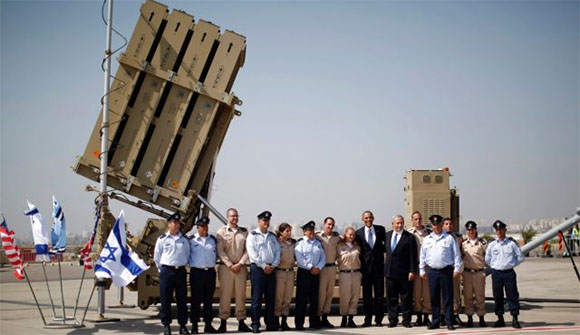 Earlier this week, Obama signed off an additional $225 Million “in emergency aid to Israel” for the “Iron Dome” system.

The signing off came after the House and Senate cleared a special bill created just for Israel on the previous Friday. The Zio-puppets in the Senate passed the bill unanimously, while the House passed the measure 395-8.

Meanwhile, the US government’s daily deficit has grown to $4.6 billion as of Tuesday August 5, 2014, according to official figures from the Department of the Treasury.

In spite of this massive hole in US Government finances, the Zio-puppets in Washington DC still have “found” the money to give to their masters in Tel Aviv.

Their controlled media continually claims that the system is a great success with a “90 percent” interception rate.

This lie is repeated mindlessly by their stooges in the US government as well. For example, White House spokesman Josh Earnest was quoted in the Wall Street Journal as saying that the “Continued bipartisan support for Iron Dome funding ensures Israel will retain vital defense against rockets and artillery in light of the enduring threats.”

The Wall Street Journal went on to blatantly lie that “The Iron Dome system has brought down most, but not all, of the thousands of rockets fired by Hamas over the past month.”

These lies are generated in Israel, and then spread through the major news networks by their carefully places Jewish Supremacist fifth column agents in the media, such as CNN’s Jeff Zucker. 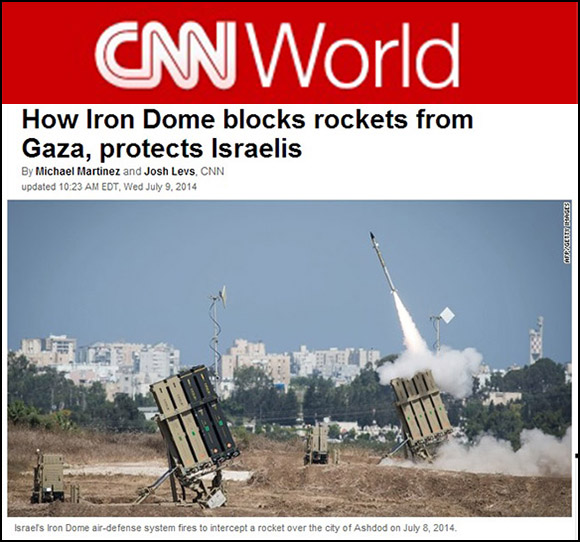 These lies are endlessly repeated in Israel as well. A report in the Israeli YNet News claimed that the “system has been highly effective in the current round of violence . . . Israeli officials say it has a success rate as high as 90 percent.” 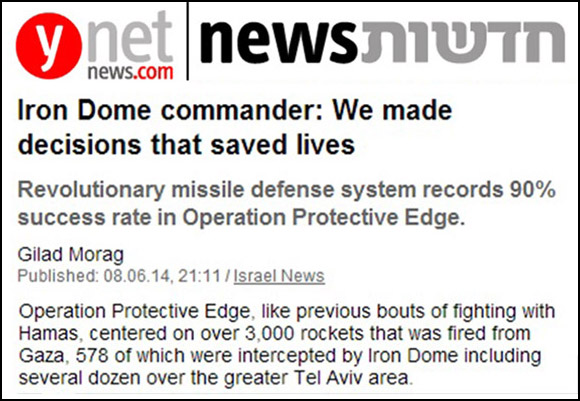 This lie was repeated again in the Ynet News service today, with a headline story claiming that the “Revolutionary missile defense system records 90% success rate in Operation Protective Edge.”

As is the norm for the compulsive Zio-liars, the truth is completely opposite.

The very same article which claims the “90% success rate” actually goes on to list the exact numbers given out by the Israeli Defense Force (IDF).

According to the IDF, Hamas fired “over 3,000 rockets”, of which “578 of which were intercepted by Iron Dome.”

Even if the IDF figures are accurate—and given the Zio record and propensity for lying, one has good reason to question them—then these figures amount to a 19% interception rate, not “90%.”

In other words, the system is actually a failure, made worse by the fact that the “rockets” being fired by Hamas are mostly homemade spot-welded iron tubes, propelled by fertilizer and sugar—little more than large fireworks.

The reality of Iron Dome’s failure has been confirmed by all technical experts who have looked at the system, including weapons scientist Richard Lloyd, who recently completed an analysis for Tesla Laboratories, a defense contractor in Arlington, Va., for which he is a consultant.

Lloyd is an expert, and has spent more than two decades at Raytheon (RTN) and was a past engineering fellow at Raytheon Integrated Defense Systems. 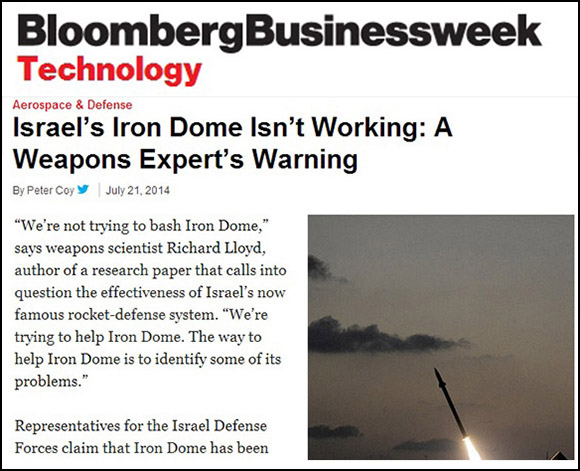 Lloyd’s report dismissed Israeli claims of success, calling the system “Iron Sieve.” The report attributed the non-effectiveness of Hamas’s rockets not to Iron Dome, but simply to their crude unguided nature and their inability to inflict any serious damage even if they do land in built-up areas—which most of the time they do not.

So why do the Jewish Supremacists and their puppets continue to claim that Iron Dome is “warding off 90% of Hamas rockets?”

The answer is twofold:

-Firstly, it is yet another way to swindle even more billions out of their puppet milch cows in America (even though the Goyim are already drowning in debt); and

Secondly, it suits the paranoid Jewish Supremacist psyche to have sirens, whooshing rockets and meaningless explosions in the sky, as this feeds the compulsion to hate Arabs, and by implication, the Goyim everywhere.

In other words, the American taxpayer, through the Jewish Supremacist-controlled US government, is paying for the reinforcement of Jewish paranoia and ethnocentrism under the guise of “Iron Dome.”

Next Post Hear Dr. David Duke on his New Video Documentary on Gaza