By Dr. Patrick Slattery — In my last post, I reported on a book by the Jewish journalist Max Blumenthal which revealed the genocidal views of two rabbis whose own 2009 book has been embraced by some leading Israelis and reflects the opinion of a growing segment of the Israeli population.

Blumenthal’s recent book and much of his other work have been extremely valuable. At the same time, he refuses to point out the preponderance of Jewish power in the United States and attacks those brave voices who do speak out against it, such as Gilad Atzmon and Dr. David Duke.

Blumenthal is hardly the only mixed bag out there. Countless Jews do very important work exposing certain aspects of Zionism regarding Israel, yet at the same time defend, or at least draw attention away from, Jewish domination of the United States and other Western countries.

Norman Finkelstein, Noam Chomsky, Amy Goodman, and Naomi Klein come to mind. It may be that they are sincere in their opposition to the Zionist project in Israel, but are somehow blind to Jewish power in the United States, or at least see it as relatively benign.

On the other hand, it may be that their priority is to preserve Jewish power and privilege in the United States, and they see Israeli atrocities as being so outrageous as to constitute a threat to the American Jewish position. Either way, the fact is that so many of the leading voices in the Palestinian solidarity movement are what Gilad Atzmon describes as “anti-Zionist Zionists.” 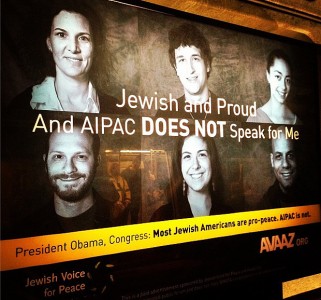 In August Dr. Paul Larudee wrote an excellent assessment of the situation in the U.S. Campaign to End the Israeli Occupation, which is one of the main Palestinian solidarity organization’s in America. He recounts that the organization drafted a statement expressing the opposition of the USCEIO to  “…all forms of racism, including Islamophobia, anti-Semitism or any other expressions of bigotry…”  Dr. Larudee proposed the addition of Zionism to the expressed forms of racism, but to no avail.

This is really quite astounding. Of course, the reason that this “pro-Palestinian” group expresses opposition to anti-Semitism but not to Zionism is that a critical mass of its leadership consists of Jews who cannot bring themselves to reject Zionism — Atzmon’s “anti-Zionist Zionists.”

How is it that so much of the “anti-Zionist” Palestinian solidarity movement has come to be dominated by Jews who cannot reject Zionism? Part of it is that, relative to their share of the population, Jews are more likely to become involved in Palestinian solidarity organization. This is because they feel they have a stake in what happens in the Middle East.

It is also because they have less of a chance of being stigmatized as anti-Semitic (and that is the ultimate stigma in our society) for engaging in these activities. Once in the organizations, Jews have an easier time getting into leadership positions.

In addition to the cultural tendency of Jews to seek such positions, the organizations themselves welcome Jewish involvement in their leadership as it shields them from charges of anti-Semitism. The tragic result is that these Jewish leaders then keep the organization focused as narrowly as possible on land Israel occupied in 1967, while avoiding Jewish seizure of the rest of Palestine in 1948 and of course the Jewish occupation of the seats of power in our own country.

The same thing happens in other groups that potentially could organize opposition to Jewish power. Jews were attracted to the anti-banker 99% movement to keep its outrage focused on the 1% (the rich) instead of the 2% (the ethnic group that actually runs the banking industry from the Fed to the World Bank). Jewish infiltration of the anti-Communist John Birch Society prevents it from focusing on the Jewish nature of the Bolshevik terror.

Does this mean we have to reject all cooperation with Jews who might only share some of our goals? No. It really does take someone with Jewish credentials to do some of the work that Max Blumenthal does, such as walking up to fellow Jews in Jerusalem or Brooklyn with a camera and getting them to spew abject racism into a microphone. Certainly when they do important work, we should acknowledge it, even while noting their shortcomings. However, we need our own leaders and our own thinkers.

We often cite Jewish writers in order to avoid the anti-Semitic label or because we think their Jewishness gives what they say added credibility. But the downside of this promotion of Jewish writers is that it inhibits the emergence of our own voices who can express our perspectives. It’s fine to listen to the voices of the anti-Zionist Zionists, but we must always do our own thinking, and we desperately need our own leaders.