Freedom-lovers and peace-seekers from around the world can take heart: increasing numbers of public figures from around the globe are summonsing up the courage to stand up and speak out publicly about the Zio-tyranny which threatens not just the innocent people of Gaza but all people on earth. 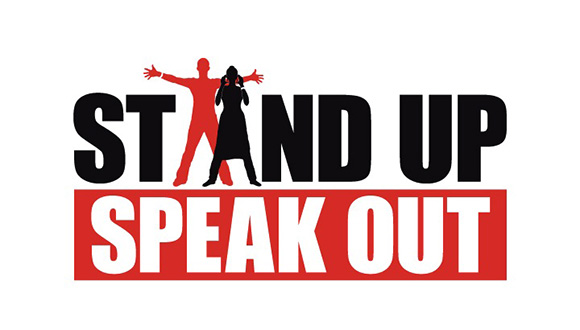 The latest group of people to join the ranks of those who have broken the chains of Zionist censorship have been a brave group of medical professionals, who have publicly declared their opposition to the Zio-genocide in Gaza in the famous British journal, The Lancet.

In an open letter published in The Lancet, Drs. Paola Manduca, Iain Chalmers, Derek Summerfield, Mads Gilbert, Swee Ange, and some 24 others called on all medical professionals to denounce what they called “the aggression of [sic] Gaza by Israel.” 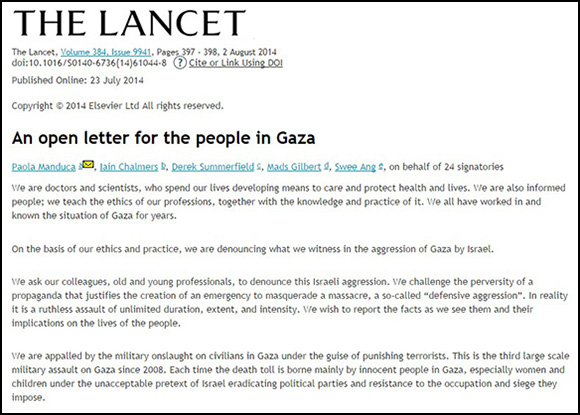 In their written submission, titled “An open letter for the people in Gaza” and published by The Lancet, the medical professionals said that:

“We ask our colleagues, old and young professionals, to denounce this Israeli aggression. We are appalled by the military onslaught on civilians in Gaza under the guise of punishing terrorists.

“Our condemnation and disgust are further compounded by the denial and prohibition for Gaza to receive external help and supplies to alleviate the dire circumstances.

“In Gaza, people suffer from hunger, thirst, pollution, shortage of medicines, electricity, and any means to get an income, not only by being bombed and shelled. Power crisis, gasoline shortage, water and food scarcity, sewage outflow and ever decreasing resources are disasters caused directly and indirectly by the siege.

“Gaza has been blockaded by sea and land since 2006. Any individual of Gaza, including fishermen venturing beyond 3 nautical miles of the coast of Gaza, face being shot by the Israeli Navy.

“Entries of food and medicines into Gaza have been restricted and many essential items for survival are prohibited.  Agriculture has been severely impaired by the imposition of a buffer zone, and agricultural products cannot be exported due to the blockade. 80% of Gaza’s population is dependent on food rations from the UN.

“We denounce the myth propagated by Israel that the aggression is done caring about saving civilian lives and children’s wellbeing.

“Israel’s behaviour has insulted our humanity, intelligence, and dignity as well as our professional ethics and efforts. Even those of us who want to go and help are unable to reach Gaza due to the blockade.”

This is a remarkable letter, and coming from many of Europe’s top medical professionals—lead writer Dr Paola Manduca is, for example, a professor of Genetics at  the University of Genoa in Italy—is a searing indictment of the Zionist murder machine.

Stung by the bold move, the Zio-thought police in the west have swung into action. They immediately sent their agents out to scour the personal lives of these brave people who dared to oppose the Zionist tyranny, and, after digging through Dr Manduca’s postings to a Google News Group called Sempre Contro la Guerra (“Always Against the War”) they discovered that this professor had dared to recommend to that newsgroup that they watch a video by Dr, David Duke called CNN, Goldman Sachs & the Zio Matrix.

The posting made by Dr Manduca was a forwarded email he had received from a fellow writer of the Open Letter, Dr. Swee Ang, a medical doctor from Singapore who is also the co-Founder and Patron of the “British Charity Medical Aid for Palestinians.” 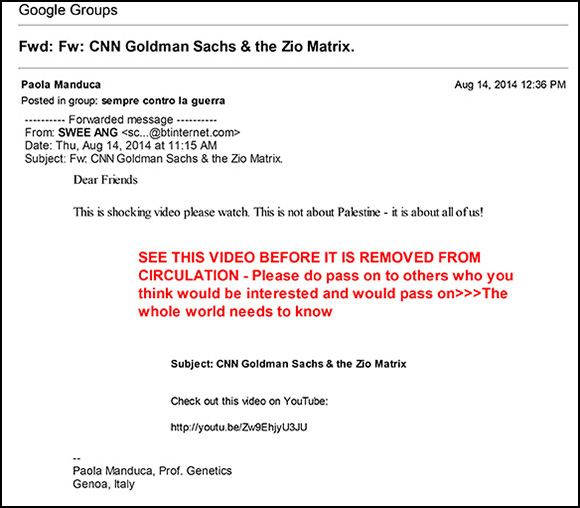 Dr. Ang, who was deported from Israel after she tried to carry out humanitarian medical work in Gaza, wrote in her email:

“Dear Friends This is shocking video please watch. This is not about Palestine – it is about all of us! SEE THIS VIDEO BEFORE IT IS REMOVED FROM CIRCULATION – Please do pass on to others who you think would be interested and would pass on>>> The whole world needs to know.”

The Zio-censors are now trying to attack Drs. Manduca and Ang because they dared recommend Dr. Duke’s documentary—but so far they have only succeeded in drawing even more attention to the video, which now has nearly three-quarter of a million views, most within the past few months.

The public stand follows two other recent examples of public figures daring to stand up and speak out: last month, William Pfaff, called the “dean” of American columnists and commentators, announced in a column printed in the Chicago Tribune that Dr. Duke’s videos were “powerful,” while earlier this month, another of Dr. Duke’s videos were circulated by a Swedish politician who said that what Dr. Duke said was all “fact” and “everyone knows it but many want to suppress it.”

Next Post Obama Admits his Betrayal of Christians in Syria