By Staff — The coverage given by the Jewish-owned New York Daily News to a recent “uproar” in Sweden—when a local election candidate for an ideologically left of center party posted a video by Dr. David Duke on her Facebook page—has dramatically highlighted the Jewish Supremacist technique of news manipulation in service of their end goal of deceiving the world’s public.

The New York Daily News is owned by Jewish Supremacist Mortimer Zuckerman, a Canadian-born publisher who also owns the U.S. News & World Report (where he works as editor-in-chief).

The article about the Swedish politician—named Dayana Jadarian—claims that she has been “slammed for posting video and supporting [a] KKK leader.”

The video, titled “The Insanity of Christian Zionism” (see it at the bottom of this page), is described by the New York Daily News as making “a number of claims . . . such as that Jews control the American media.”

In a comment on her Facebook page, later taken down, Jadarian wrote: “What he says is facts (sic) and everyone knows it but many want to suppress it.”

The New York Daily News then goes on to show a 26-year old picture of a youthful Dr. Duke, when he was in the Ku Klux Klan. All of this of course ignores that Dr. Duke publicly resigned from and distanced himself from that organization more than three decades ago. Dr. Duke also forcefully condemned all Klan groups that acted violently. That was 36 years ago!

Over and over again, Dr, Duke has said in writing, on radio and in video, that he condemns racism and any kinds of hatred and endorses the right of everyone—Europeans, Africans, Asians and all others—to live free and independently of domination or exploitation of any other people.

The New York Daily News—like all the other Jewish Supremacist-controlled media—deliberately ignore this reality, and instead always talk about Dr. Duke as if it were 40 years ago.

But, it isn’t 40 years ago. Dr. Duke went on to get elected to public office, earn his PhD and author books which are loved and read the world over.

Since that time, Dr. Duke went on to remake his life, win three elections, including winning a Louisiana House of Representatives seat.

The tactic behind the attempt to label Dr. Duke a racist is simple: the Jewish Supremacists are so scared of what Dr. Duke has to say that they must resort to anything which they hope will distract people from his message.

They hate him but because he has become one of the world’s leading anti-racist campaigners who exposes the most virulent and powerful racism on Earth—Jewish Supremacism.

Fortunately, this tactic does not work, and Dr. Duke’s popularity continues to grow, not only in the Western World but all over whole world!

But the New York Daily News can be used as a perfect example of how this tactic is used in reverse when they are dealing with a person who is a loyal friend of Jewish Supremacy, rather than an opponent—even if that person has a controversial past.

Below is a recent article which appeared in the New York Daily News which praised Mandela as an “internationally renowned and revered leader.”

It also used highly complementary images of Mandela to illustrate the article, portraying him as an intellectual statesman. 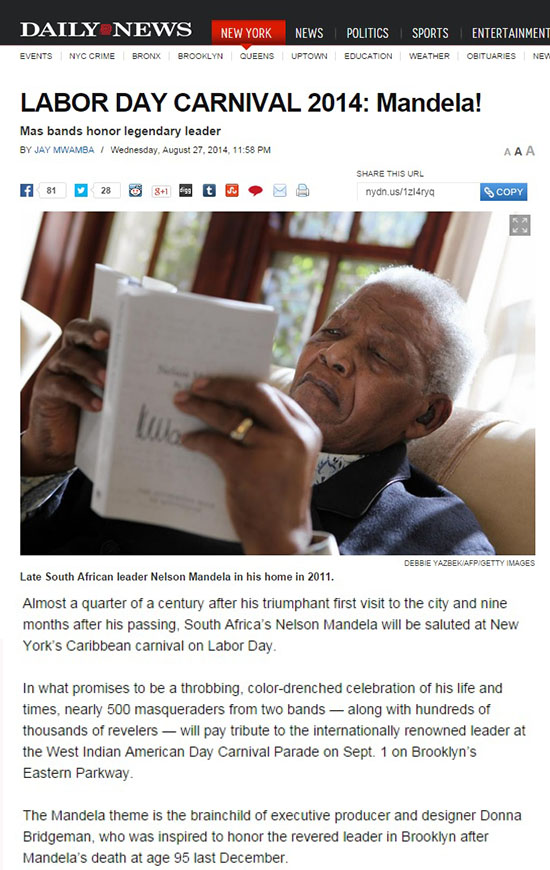 Anybody reading the New York Daily News article on Mandela would be left with the impression that everything which he had done in his life—and his background—was perfect and to be praised.

The reality is that Mandela’s previous political affiliations were, in all respects, far more controversial than those of Dr. Duke.

Some four decades previously, Mandela was a member of the Central Committee—the politburo—of the South African Communist Party (SACP), which was a dedicated ally of the Soviet Union.

This fact was openly admitted by the SACP after Mandela’s death, where it was written in their official newspaper that “At his arrest in August 1962, Nelson Mandela was not only a member of the then underground South African Communist Party, but was also a member of our Party’s Central Committee . . . After his release from prison in 1990, Cde Madiba became a great and close friend of the communists till his last days” (Umsebenzi Online, Volume 12, No. 42, 6 December 2013). 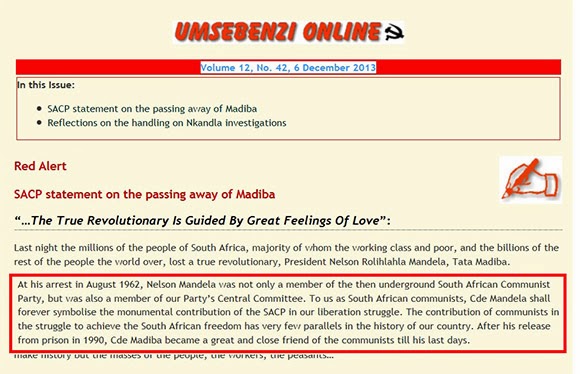 The reader should here be reminded that at the time of Mandela’s arrest—November 1962—the Soviet Union had just started with a project to arm Cuba with nuclear warheads to threaten America, the Berlin Wall was only one year old and the first person trying to cross it had been killed.

It was therefore, at the very height of Soviet aggression against America and the entire West—and this was the party and ideology with which Mandela consciously chose to align himself with.

Mandela was in fact a Communist leader in a terrorist, violent revolutionary Communist party in South Africa.

Why then, does the New York Daily News not even make a brief mention that he was a communist leader and was implicated along with fellow communists in major plans for terror bombings?

Why is this almost never mentioned when they have an article about Mandela?

But when it comes to Mandela, his Communist Party leadership role is simply ignored.

Put another way: When will the New York Daily News (and all other Jewish Supremacist-controlled media) refer to Mandela as “the hardline Communist Central Committee member” and run pictures such as the one below to accompany their articles?

In addition, we can also refer to the fact that Mandela was, even after his release from prison, captured on film singing a song calling for whites to be killed. Here is the video clip of that event (alongside Mandela is the Jewish Communist Ronnie Kasrils, later a cabinet minister in the first Mandela government.) 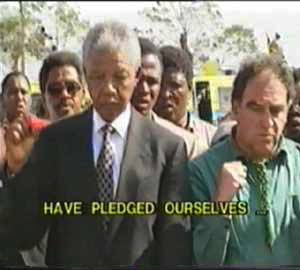 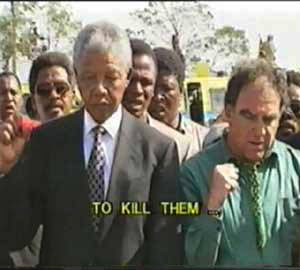 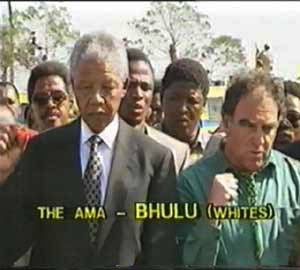 Of course, it is possible that Mandela changed his views. The media certainly supports the idea that Mandela could change. The point is that all people can change, and can differ in political outlook as they get older or grow wiser.

The truth is that when the Jewish dominated media likes you, your past doesn’t matter. In fact, someone who has made mistakes, and possibly even has committed criminal violence, can change their lives, etc. Perhaps this happened with Mandela as well.

Dr. Duke makes his views and beliefs very clear every day of his life.

It is clear that the only reason why they cover up and hide Mandela’s highly controversial past is because he also served the goals of Jewish led communism.

On the other hand, Dr. Duke is the world’s leading and most powerful critic of Jewish Supremacism, so it will come as no surprise to understand that the Jewish extremists will try every trick in the book to distract attention away from what Dr. Duke has to say.

They portray Dr. David Duke as “racist”…Yet every day, in every speech, radio program, and writings, he openly and passionately condemns racism, and calls for defense of the rights of all people to be free and independent, to not be exploited by anyone.

They portray him as “extreme,” even though he has been one of the most persistent voices for peace and justice across the world.

He opposed the Zionist orchestrated Iraq War, and is the most outspoken American critic of the Zionist treason against America, and the Jewish tribalist, ultra-racist threat to the freedom of Americans, Europeans and all the people of the world.

Whatever they try to suggest about this past, Dr. has always condemned political violence, or terrorism or oppression or any sort, and this is a message he speaks every day with passion and eloquence.

That’s why the Jewish media makes headlines of Dr. Duke’s politics from over 37 years ago, but covers up the background of people that they think serves their interests.