Forward by Dr. Patrick Slattery — In the article below Professor Kevin MacDonald has exposed the intellectual dishonesty of Harvard psychology Professor Steven Pinker, who for years has been contending that Jews are smarter that everyone else.  Of course, if any gentile were to claim that his ethnic group was genetically superior in intelligence to another group, they would be labeled a racist and would be made unwelcome at any university, not just Harvard. But when a Jew tells us that their group is smarter than all the rest of us, we are supposed to just nod in admiration.

Pinker likes to point to certain measures of Jewish genius:

No doubt, Jews are magnets for awards. Of course, they invented so many of them (the Oscars, the Pulitzers) precisely so they could honor themselves. As for the prizes they didn’t invent, they are also quite capable of lobbying — think of how AIPAC owns Congress.

Pinker would have us think that Jews have become so prevalent  at Harvard because the anti-semitism that kept their numbers down in the past has given way to meritocracy. However, Professor MacDonald demonstrates that the tribes preponderance at Harvard and other elite schools owes more to their prowess at ethnic networking. –ps 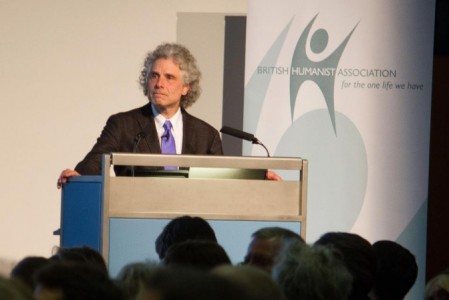 Steven Pinker on Harvard Admissions: Ignoring the Elephant in the Room

By Keven MacDonald — Steven Pinker (“The Trouble with Harvard“) argues that students should be selected on the basis of standardized testing. He is tone deaf on Jewish overrepresentation and on the underrepresentation of non-Jewish Whites.

Like many observers of American universities, I used to believe the following story. Once upon a time Harvard was a finishing school for the plutocracy, where preppies and Kennedy scions earned gentleman’s Cs while playing football, singing in choral groups, and male-bonding at final clubs, while the blackballed Jews at CCNY founded left-wing magazines and slogged away in labs that prepared them for their Nobel prizes in science. Then came Sputnik, the ’60s, and the decline of genteel racism and anti-Semitism, and Harvard had to retool itself as a meritocracy, whose best-and-brightest gifts to America would include recombinant DNA, Wall Street quants, The Simpsons, Facebook, and the masthead of The New Republic.

This story has a grain of truth in it: Hoxby has documented that the academic standards for admission to elite universities have risen over the decades. But entrenched cultures die hard, and the ghost of Oliver Barrett IV still haunts every segment of the Harvard pipeline.

Sounds like Pinker is implying that WASPs like Oliver Barrett IV still run the show at Harvard, keeping out the Jews and anyone else who can’t trace their ancestry to the Mayflower.

The reality, of course, is there is more than a grain of truth to the idea that admission to Ivy League universities is anything but meritocratic. In fact, Jews are vastly overrepresented on the basis of any available metric, while Whites and Asians are underrepresented, as Ron Unz has shown. Pinker is aware of Unz, but interprets Unz’s results as showing only that the deck is stacked against Asians, with the implication that folks like Oliver Barrett IV are the beneficiaries of unearned privilege:

Jerome Karabel has unearthed a damning paper trail showing that in the first half of the twentieth century, holistic admissions were explicitly engineered to cap the number of Jewish students. Ron Unz, in an exposé even more scathing than Deresiewicz’s, has assembled impressive circumstantial evidence that the same thing is happening today with Asians.

However, Pinker ignores another damning paper trail. As I noted elsewhere,

Unz doesn’t even have a case that Asians are being discriminated against at Harvard or the other Ivies unless Jews are separated from non-Jewish Whites—and indeed, that is how he develops his argument in the original paper. “Once we begin separating out the Jewish portion of Ivy League enrollment, our picture of the overall demographics of the student bodies is completely transformed.”

[Unz:] Based on reported statistics, Jews approximately match or even outnumber non-Jewish whites at Harvard and most of the other Ivy League schools, which seems wildly disproportionate. Indeed, the official statistics indicate that non-Jewish whites at Harvard are America’s most under-represented population group, enrolled at a much lower fraction of their national population [18%] than blacks or Hispanics, despite having far higher academic test scores.

This suggests that, if Asians sue Harvard for underrepresentation, they could only make their case if they claim underrepresentation compared to Jews, not Whites as a whole. I rather doubt they will do that. (“Why has Ron Unz stopped talking about discrimination against non-Jewish Whites?“)

Jewish overrepresentation is not because of superior performance on standardized tests but rather the result of the completely opaque process of holistic scoring. As Pinker notes, “At the admissions end, it’s common knowledge that Harvard selects at most 10 percent (some say 5 percent) of its students on the basis of academic merit.”

We must suppose that subtle (or perhaps not so subtle) forms of ethnic networking are involved. One wonders if it’s the same for professors like Pinker.

Corresponding with the lessened importance of standardized testing for admission, there is an increasingly lax academic milieu at Harvard — what Pinker terms “the anti-intellectualism of Ivy League undergraduate education.” For example, Pinker notes that students often fail to attend lecture and are consumed by extracurricular activities like music or writing articles for the student newspaper.

But despite all that, getting an Ivy League education is still a ticket to success:

[Harvard students] get snatched up by the big consulting and investment firms, helping to explain that 20 percent boost in their expected earnings. Why, I wondered, do these cutthroat institutions hire rowers and baritones who know diddly-squat about business just because they have a transcript with the word “Veritas” on it? Wouldn’t they get more value by hiring the best finance major from Ohio State? I asked some people familiar with this world to explain what seemed to me like a massive market failure. They responded candidly.

First, an Ivy degree is treated as a certification of intelligence and self-discipline. Apparently adding a few Harvard students to a team raises its average intelligence and makes it more effective at solving problems. That, the employers feel, is more valuable than specific knowledge, which smart people can pick up quickly in any case.

This assumes that Harvard grads are smart but we already know that the vast majority weren’t selected on the basis of smarts and that they likely got through college doing precious little rigorous academic work. Why not just have prospective job applicants take the GRE, LSAT, or some other standardized test of intelligence? If what you really want is intelligence, it shouldn’t matter if the degree is from Ohio State or Harvard.

Second, a little education can go a long way. As one business-school professor put it, “I have observed many smart people who have little idea of how to logically think through a problem, who infer causation from a correlation, and who use anecdotes as evidence far beyond the predictability warranted. Most of the undergrads who go to the consulting firms did take a course in social science, and much of this basic logic can be obtained there.”

Perhaps it’s because they spent their undergrad careers playing music and cutting class. But how is this an argument for why elite organizations should want to hire Harvard grads? Students can have goofy ideas and a poor education no matter what school they go to.

More disconcertingly, I was told that Ivy League graduates are a prestige good: having a lot of them in your firm is like wearing a Rolex or driving a Bentley.

Now we’re on to something. It’s really about elites reproducing themselves by taking advantage of Harvard’s past reputation and funneling graduates into elite positions throughout the society — business, politics, media, and academia. Having a Harvard degree is like wearing a badge or knowing the secret handshake. You can get into the club even if you aren’t very smart and even if you goofed around during college. Sounds just like the old elite as represented by a generation of Jewish writers.

Our new elite revel in the conceit that they replaced the bad old WASP elite with a true meritocracy. (See, e.g., much of the mainstream commentary on Elena Kagan’s appointment to the Supreme Court (here and here). Kagan is the poster child of the new elite whose main qualification was that she was associated with Ivy League universities and was very well connected, especially to Lawrence Summers, who, as President of Harvard, appointed her Dean of the Harvard Law School with precious little qualifications.)

Pinker must himself be considered a member of the new elite (having inheritedthe Steven Jay Gould Chair of Politically Correct Evolutionary Studies at Harvard). As a member of the new elite he can take advantage of his position as a faculty member at Harvard to criticize my work while boasting that he hadn’t read it (see previous link)— surely a bonus that comes with a prestigious position. In the same way that those Harvard grads get unearned privilege just by having been there, having all that academic capital because you are a professor at Harvard means you don’t have to engage in serious criticism of those whose work you dislike.

Pinker realizes that Harvard is run as an elite, anti-meritocratic club. He just doesn’t want to open his eyes to what that club that is.

(Reposted from the Occidental Observer.)