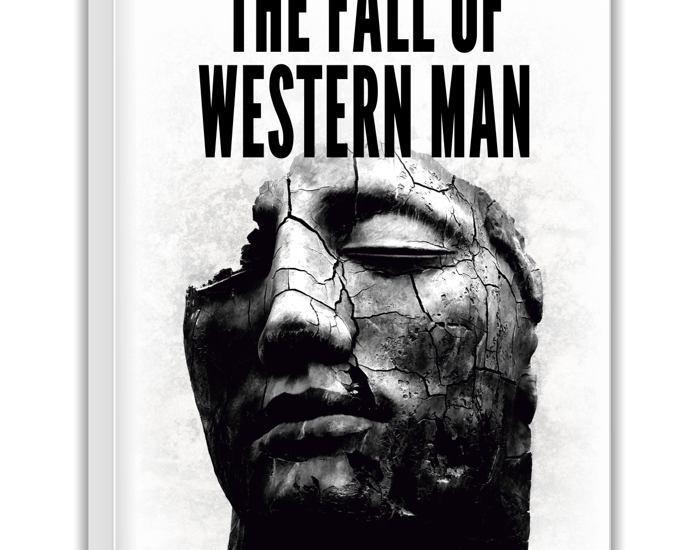 By Dr. Patrick Slattery — If the rise of Western Civilization was the biggest single event in human history, then the fall of the people that made it happen should be the most talked about issue of our time. Despite an atmosphere of political correctness that makes discussion of this taboo, the decline of Western Man is well documented. However, it is not well understood. Even today, the societies of the Western world have never had greater military, economic, or technological strength. True, the Asian children of Eastern Civilization have adopted and mastered the intellectual fruits of the mind of Western Man. In some ways they have become rivals to Western Man, but in no way can they be construed as the enemies who are responsible for the downfall of Western Man.

Rather, Western Man is surrendering his society without a fight to alien populations who are hostile to Western Man and who possess neither the desire nor the capabilities of sustaining Western Civilization. That this is happening is beyond question. Why Western Man is allowing this to happen is the mystery.

Mark Collett peels back the onion of the Western psyche to expose what it is that has made him vulnerable to psychological manipulation by alien ideologies like feminism that undermine the traditional values that made Western societies healthy and strong in the first place. Once Western societies were debased of their traditional values and led into a culture of individualistic hedonism, the stage was set for the racial replacement of Western Man in the very societies he created. Without an understanding of what has made our downfall possible, there is no avoiding it.

However, as Mark Collett points out, there is still time for redemption, but only if Western Man re-embraces his history and purges himself of the guilt that he has been brainwashed to feel for having created the modern world. Someone was bound to be the first to master the navigation of the oceans and unlock the secrets of science. Western Man should feel pride in these achievements, and not a suicidal guilt for whatever disruptions it caused to people whose lives and cultures may not have changed for hundreds of generations.

Mark Collett makes it clear: The choice for Western Man is to walk forward head held high into the future or lie back into the graveyard of history. This book is essential reading for anyone concerned about the future of our civilization.

Previous Post Dr. Duke & Eric Striker Celebrate the Defeat of the Jewish Neocons in the Election of President Trump. They Contrast Trump’s Executive Orders Compared to What Clinton Would Have Done!

Next Post Dr. Duke: White Revolution & America First with the Trump Inauguration with Mark Collett and Dr. Slattery on Location on the Mall: “The Official First Day of the White Revolution!