Judaism isn’t about religion, but rather “culture, values and shared identity,” two leading American Jewish Supremacists have admitted, confirming what we here at DavidDuke.com have long maintained: that it is a genetic tribal group which uses religion as one of its binding factors and that their claims of being “just another religion” like any other are baseless. 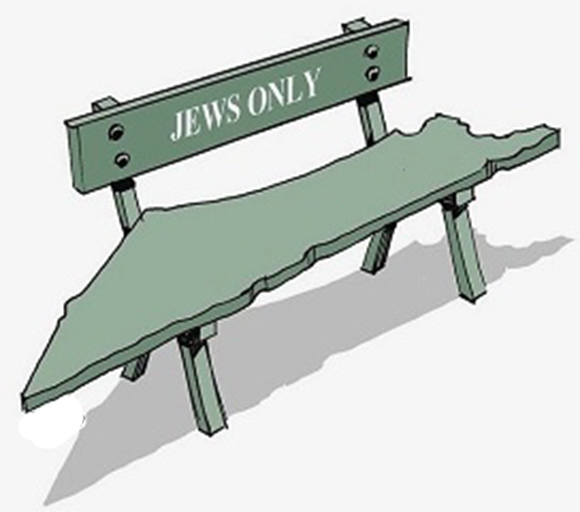 According to a new article in the Israeli Haaretz newspaper, Ann Toback, Executive Director of the Workmen’s Circle/Arbeter Ring, and Mitchell Silver, a Senior Lecturer in Philosophy at the University of Massachusetts/Boston, it is perfectly acceptable for Jews to have no religion at all.

The Workmen’s Circle/Arbeter Ring is New York’s leading “Yiddish learning center” which is “passionately committed to the principles of Jewish community, the promotion of an enlightened Jewish culture, and social justice,” according to its website.

Writing in Haaretz, Toback said that “Jews without God are just as legitimately Jewish.” She was responding to debate in Jewish circles about the recent (faulty) Pew Center report which claimed that many Jews in America were now without religion and were marrying out.

According to Toback, Orthodox Jewish claims that Jews who do not follow religion are not properly Jewish, are untrue:

“We truly hope that there will be others in the Reform movement and across the spectrum of Jewish life that will instead join with us in the formation of broad coalition of individuals and institutions working together to consider new pathways to Jewish meaning and engagement for the audiences Pew has identified.

“Let’s not waste this opportunity to work together toward a new, inclusive vision for Jewish peoplehood. The message could not be clearer if it were thundered down from Mount Sinai, and turning away is not an option.

“Most important, we want to speak directly to the 22% of American Jews who have now been labeled ‘Jews of no religion’ to tell them that they are valued here.

“The Workmen’s Circle has a 113-year legacy of creating rich, meaningful Jewish experiences that don’t have religious rituals at their center.

“Our movement celebrates our history, our culture, our values and our shared identity. We welcome you, and we would love to include you in our growing community,” Toback concluded.

“Jews who engage, inhabit and hew authentic meaning from Jewish tradition without an accompanying theism deserve as much respect and communal support as any theological faction among our people,” Silver concluded. 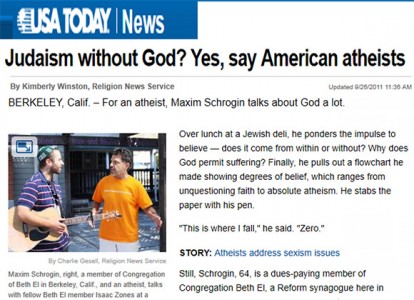