The announcement by leading Jewish journalist Seymour Hersh that the Obama administration “cherry-picked intelligence” over a nerve gas attack in Syria in its attempts to justify an attack on that nation earlier this year, raises the obvious question: who else but the Zionist Supremacist conspiracy could be responsible for this “cherry picking”? 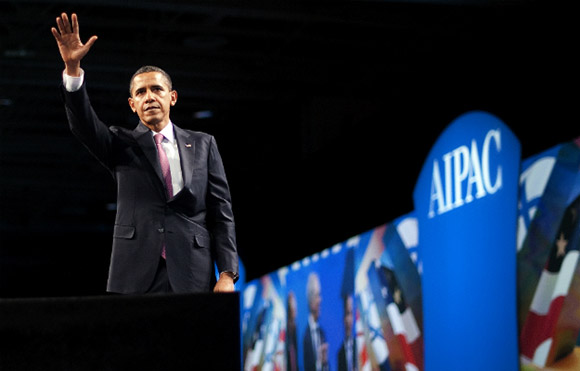 Hersh’s report was published in the London Review of Books after two of his regular publishers, The New Yorker and The Washington Post, turned the article down—in yet another indication of the censoring power of the Jewish Supremacist media masters.

Hersh got his information on Syria from whistle-blowing acting and former intelligence and military officers, who for security reasons were not identified in the report.

“Barack Obama did not tell the whole story this autumn when he tried to make the case that Bashar al-Assad was responsible for the chemical weapons attack near Damascus on 21 August,” Hersh wrote.

“In some instances, he omitted important intelligence, and in others he presented assumptions as facts. Most significant, he failed to acknowledge something known to the US intelligence community: that the Syrian army is not the only party in the country’s civil war with access to sarin, the nerve agent that a UN study concluded – without assessing responsibility – had been used in the rocket attack.

“In the months before the attack, the American intelligence agencies produced a series of highly classified reports, culminating in a formal Operations Order – a planning document that precedes a ground invasion – citing evidence that the al-Nusra Front, a jihadi group affiliated with al-Qaida, had mastered the mechanics of creating sarin and was capable of manufacturing it in quantity. When the attack occurred al-Nusra should have been a suspect, but the administration cherry-picked intelligence to justify a strike against Assad,” he said.

“But in recent interviews with intelligence and military officers and consultants past and present, I found intense concern, and on occasion anger, over what was repeatedly seen as the deliberate manipulation of intelligence,” Hersh continued.

“One high-level intelligence officer, in an email to a colleague, called the administration’s assurances of Assad’s responsibility a ‘ruse’. The attack ‘was not the result of the current regime’, he wrote.

“A former senior intelligence official told me that the Obama administration had altered the available information – in terms of its timing and sequence – to enable the president and his advisers to make intelligence retrieved days after the attack look as if it had been picked up and analysed in real time, as the attack was happening.

“The same official said there was immense frustration inside the military and intelligence bureaucracy: ‘The guys are throwing their hands in the air and saying, ‘How can we help this guy’ – Obama –‘“when he and his cronies in the White House make up the intelligence as they go along?’”

Obama’s laying the blame for the nerve gas attack on Assad’s forces, completely disregarding Al-Nusra as a suspect in the case, is thus described in the report as the administration’s having “cherry-picked intelligence to justify a strike against Assad.”

“The cherry-picking was similar to the process used to justify the Iraq war,” Hersh wrote.

“Any possibility of military action was definitively averted on 26 September when the administration joined Russia in approving a draft UN resolution calling on the Assad government to get rid of its chemical arsenal,” the report reads. “Obama’s retreat brought relief to many senior military officers. (One high-level special operations adviser told me that the ill-conceived American missile attack on Syrian military airfields and missile emplacements, as initially envisaged by the White House, would have been ‘like providing close air support for al-Nusra’.)”

“The absence of immediate alarm inside the American intelligence community demonstrates that there was no intelligence about Syrian intentions in the days before the attack. And there are at least two ways the US could have known about it in advance: both were touched on in one of the top secret American intelligence documents that have been made public in recent months by Edward Snowden, the former NSA contractor,” Hersh concluded.

The one thing that Hersh did not mention in his article was the obvious: who would benefit from an attack on Syria, and who in the past has been the source of fake “evidence” making claims of weapons of mass destruction” in the Middle East?

The answer to both questions is the same: the rogue nuclear, chemical and biologically-armed state of Israel, and the Zionist Supremacists who run it.