The recent slanderous allegations against Dr. David Duke about his intentions in Europe are nothing but “crazy lies” told by the ultimate racists on earth, the Zionist Supremacists who just use emotional language without providing any sort of proof for their claims. 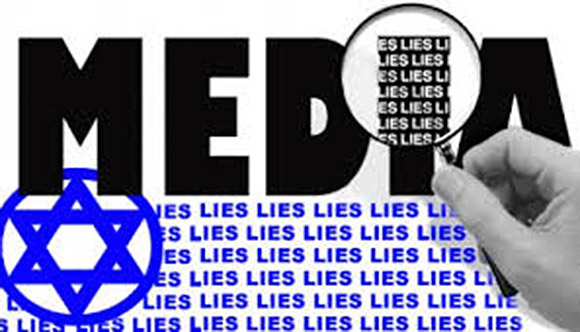 Speaking on his daily radio show, Dr. Duke said that the recent attacks upon him in Europe were the result of mere “emotional associations” which Zionist Supremacists use to vilify anyone who exposes their racism.

“They love to defame people by calling them names rather than arguing the facts,” Dr Duke said. “They call [their opponents] ‘Nazis’ even though they don’t speak for Nazism, they just call [their] critics anything they want.

“I read some reports this week that yours truly was ‘trying to set up an organization to [quote] ‘exterminate all blacks and Jews’[unquote].

“My God, folks, it hurts me to even use those words but I gotta laugh, it’s so crazy,” Dr. Duke continued.

“Anybody who listens to my [radio] program everyday knows that I preach the exact opposite of that.

“If I am trying to create a movement to do that type of thing, boy I am sure am doing pretty poorly when I talk about treating people with love and respect; that violence of any kind is wrong and that any sort of discrimination or harm to any people is wrong,” he said.

Dr. Duke said his true position was “obvious” and that he has written and spoken “millions of words” to this effect.

The “tens of millions” of people who have seen his videos—now redistributed by over 12,000 people on the Internet—can confirm that in none of his speeches, lectures or interviews, is there any sort of encouragement of violence.

“In fact it is the very opposite,” he said, “In all of my public appearances I condemn any sort of violence and always try to respect the rights of all people.”

Referring to the blanket Jewish Supremacist media coverage which described him as a “KKK leader”, Dr. Duke said he had left the Klan 38 years ago. “But if you believe the news reports, you would think I was doing that just this week in Europe.

He went to point out the staggering hypocrisy of the Jewish Supremacists who continue to make these allegations against him in their media.

“Israel is a racist nation. They even have a law there that there can be no marriages between a Jewish person and a non-Jewish person. They don’t want tot befoul their heritage.

“Now imagine if any European nation had a law which made it illegal for a Christian to marry a Jew. What would the response be?

“It would be an avalanche of anger and all sorts of threats, In fact there would be the threat of absolute sanctions and maybe even a military invasion.

“Yet if you discuss this Jewish extremism, then immediately they call you a racist, a hater, a bigott!

“If you discuss any other people’s racism—say, the ethnic conflict in the Balkans, no-one calls you a racist for exposing the ethnic cleansing that went there.

“But if you talk about the world’s most virulent racists, the racism which created the Zionist state, then you are condemned!”

Dr Duke’s full radio broadcast on this topic can be heard by clicking here.

If you know and understand the importance of Dr. Duke’s work, please express your support by giving him a gift this Christmas to be able to continue his vital work for the freedom of all people upon the earth.