The already proven dominance of Jewish Supremacists at academic institutions in America has taken on new meaning with a report which has revealed that the Israel Academy of Sciences and Humanities doesn’t have a single non-Jewish member. 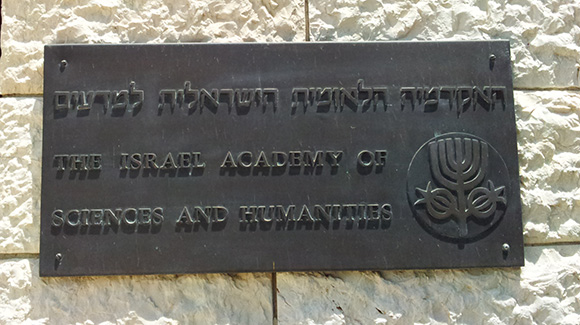 Jewish Supremacists in America and other countries are well-known for their demands that academic institutions be as “diverse” as possible—but set different standards for themselves.

According to an article in Israel’s Haaretz newspaper, Israel’s highest academic society has “108 professors, but not a single Arab.”

According to the article, the reason for the lack of non-Jews is because “universities employ only a handful of Arab scholars each – between one and five – in the most senior position.”

The obvious discrepancy was highlighted by US-educated Professor Yousef Jabareen from the University of Haifa, who said:

“In academia abroad, in the United States for example, they* boast of affirmative action in the approach to minorities. In Israel there is no openness or desire to accept the other. The proportion of Arab professors in Israeli universities is among the lowest in the world. Our colleagues in the world find it hard to believe how few of us there are. It’s a serious, malignant problem.””

* Although he doesn’t say it, Professor Jabareen means  Jewish Supremacists when he uses the word “they.”

According to Haaretz, members of the Israel Academy of Sciences and Humanities are permitted to choose up to five new members in humanities and natural sciences. The chosen few, picked on the recommendation of academy members, are typically the most senior tenured professors in an academic institution.

An academy official said there are no Arabs there because “the stratum from which the academy’s members are chosen is the senior faculty of academia – leading scientists with achievements and accomplishments.”

“Regrettably, the number of Arab scientists … is too small in the senior academic staff, from which the most prominent and excellent ones are chosen as academy members,” he said.

Ariel University’s 80 professors include not a single Arab.

In Ron Unz’s article, Myth of American Meritocracy, he shows that Jews who are only 1.8 percent of college age population comprise an astounding 25 percent of Harvard and the Ivy League.

The primary beneficiaries of this discrimination are not African Americans, Hispanic Americans, and certainly not Asian Americans.

They are Jews, massive numbers of Jews with less merit than millions of better-qualified European American students.

Once again, it is one rule for Jewish Supremacists, and another for non-Jews—all over the world.

Previous Post Disagreement should not mean division: The Divide-and-Conquer Strategy Explained in Detail