The British BBC, in response to “complaints,” has bowed down to Zionist Supremacist pressure and has gone along with the ongoing attempts to hide the fact that Israel started the 1967 “Six Day War” and not its Arab neighbors. 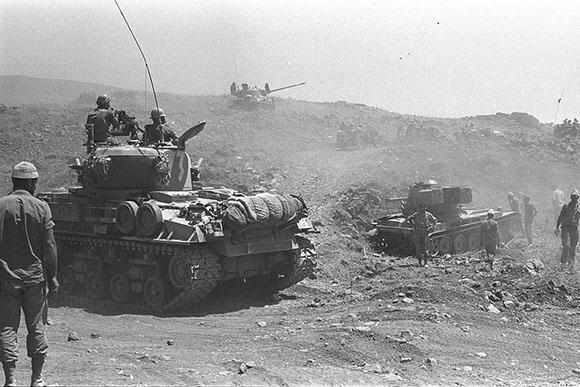 According to the latest BBC Trust report on decisions taken by its Editorial Standards Committee, it has  upheld a complaint against presenter Dan Snow for a documentary in which he “implied that Israel started the Six-Day War.”

During the BBC2 documentary, “A History of Syria,” which aired in March, Mr Snow said that “Israel launched a series of strikes against Egypt, Jordan and Syria”.

A complainant said the statement “vilified” Israel and inaccurately conveyed the message that Israel began the war.

The complaint was upheld by the trust committee. A spokesperson said: “Given the evidence that Jordan launched attacks on Israel before Israel’s forces were engaged, it was not duly accurate to describe the events on 5 June 1967 in the way this programme did — more context was required”.

He added: “The need to use clear and precise language was particularly acute in relation to content dealing with conflict in the Middle East.”

Israel had also raided into the Jordanian-controlled West Bank and initiated flights over Syria which ended with aerial clashes over Syrian territory, and had deployed troops into the demilitarized zones along the Syrian border—all of this before the open attack of June 5.

Because the BBC documentary dared to point out these facts, the Zionist lobby went into overdrive and has now succeeded in ensuring that the producer responsible for daring to tell the truth, will be censured.

In his response, the producers of the program pointed out that “there had been no implication as to who had been the aggressor, merely that the attacks were launched by Israel and that this was accurate.”

Even this simple statement of fact is however too much for the Zionist censors of the media.

* Another example of extreme Zionist sensitivity and censorship of the BBC came when they demanded that BBC producers changed the soundtrack of a trailer for a series about tax and benefit fraudsters following complaints that it could reinforce negative stereotypes about Jews and money.

The trailer for Britain on the Fiddle featured the song If I Were a Rich Man, from the film Fiddler on the Roof. A BBC spokesperson said eight complaints had been received and were taken into account as part of a “creative review” of the trailer.

Previous Post The Truth about Iran, Atom Bombs and the Jewish Lobby