The ongoing saga of Jewish Supremacist racism and hypocrisy has been highlighted once again with the news that the world’s most racist Jewish Supremacist organization—the Anti-Defamation League—has welcomed the effective ‘amnesty’ granted to at least five million illegal immigrants in the US, while at the same time fanatically supporting Israel which actively expels illegal immigrants. 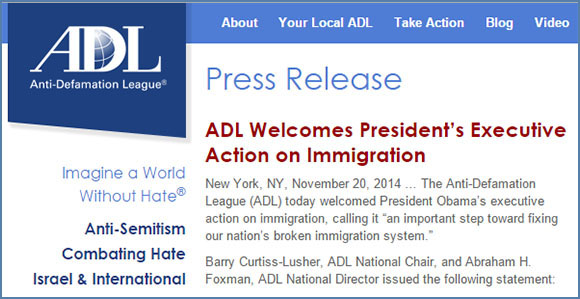 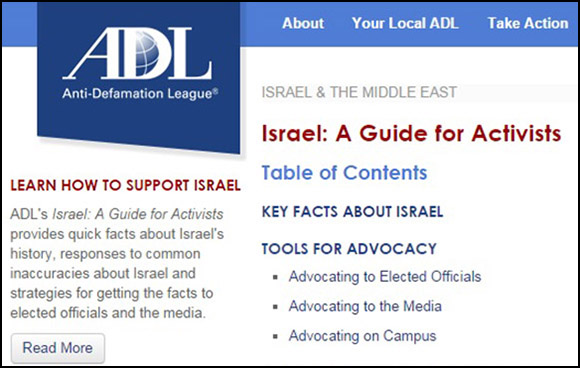 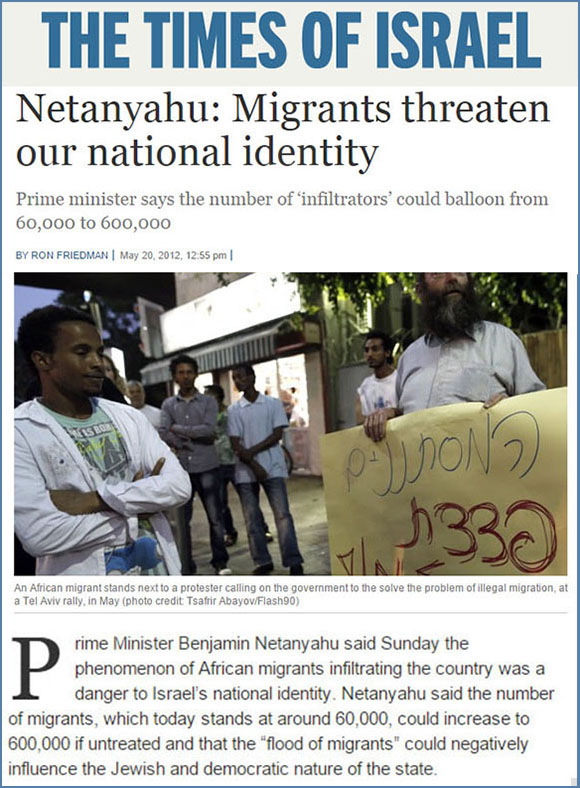 The executive order signed by President Barack Obama effectively opens the door to allow at least half of the estimated 12 million illegal immigrants to stay in America. Even though Obama has denied that this is an amnesty, everyone knows that the reality is that once embedded into the system, it is just a matter of time before the illegals’ status will be changed.

This strategy—of ensuring that America’s founding European population be reduced to a minority—and then preferably into total irrelevance—has been a major goal of the Jewish Supremacists since the days of Jacob Javits and his fellow Zio-racists since the 1960s, when the first Jewish-promoted immigration reforms were started.

Hence it comes as no surprise to learn that the ADL was one of the first major Jewish organizations to welcome Obama’s executive order on immigration—which, of course, completely side steps Congress and is in direct contradiction to the general trend of the most recent congressional elections. 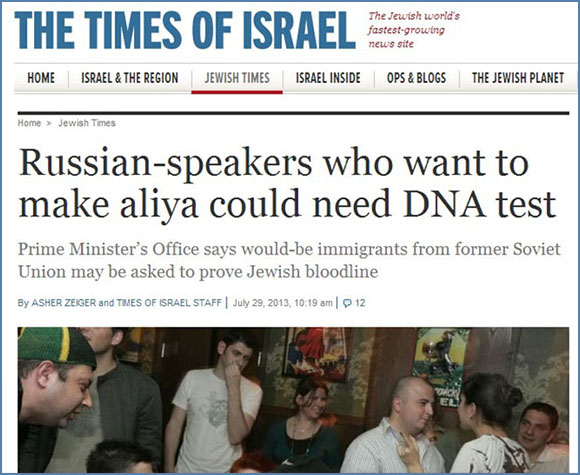 In a special statement issued by Barry Curtiss-Lusher, ADL National Chair, and Abraham H. Foxman, ADL National Director of the ADL, that Jewish Supremacist organization announced that they:

This executive action not only serves our common humanity, it is a step forward toward the more just and orderly immigration

system we hope Congress will craft and pass.  We hope the president and Congress will work together in a bipartisan spirit to enact reform that will fix the broader system.

The president’s executive action follows a 2012 measure to provide relief from deportation for immigrants brought to the United States as children, which ADL supported.  The League has long advocated for fair and humane immigration policies and has helped expose the anti-immigrant bigotry and hatred that has been an undercurrent of the immigration debate in the past few years

At the same time, the ADL—and all other major official Jewish organizations in America, including the Conference of Presidents of Major Jewish Organizations,

which is the most senior representative body of American Jewish Supremacists—continue to fanatically support Israel.

That Jews-only state has the most racist, restrictive immigration policy of any nation on earth, and even uses DNA tests to check on the Jewishness of dubious would-be immigrants.

Israel also outlaws marriages between Jews and non-Jews—a law which, if implemented the other way around by any other nation, would have the Jewish Supremacists screaming “holocaust.”

In addition, Israel has built a 26 foot high wall around its borders with the Arab population in order to prevent them entering Israel, and a major fence along its southern border with Egypt to prevent African asylum seekers from entering the Jews-only state.

Those asylum seekers inside Israel are detained and deported without trial, and the government officially calls them “infiltrators” who “threaten the Jewish nature of Israel.”

This then is the Jewish Supremacist strategy laid bare: promote a policy in America—mass immigration—which they firmly oppose in their own country, Israel.

The Jewish Supremacists know very well that mass immigration represents a threat to Israel’s ability to maintain its Jewish identity.

So why would they support this very same policy for America—knowing that its ultimate effect is harmful to the host nation?

The explanation for this hypocrisy and blatant double standard on the part of the Jewish Supremacists is simple: it forms part of their openly declared strategy of divide and conquer—of setting all other peoples and races against each other, so that Jewish Supremacists can manipulate and rule over them all with impunity.

Next Post Hear Dr. David Duke on the Unconstitutional Amnesty Action by Obama