Jewish Supremacists the world over lead the way in demanding that all other nations have “open border immigration policies”—but in their own country, the Israeli parliament is about to approve a new law which allows for “undocumented” non-Jewish immigrants to be detained for a year—without trial—in a purpose built concentration camp in the Negev desert while arrangements are made for their deportation. 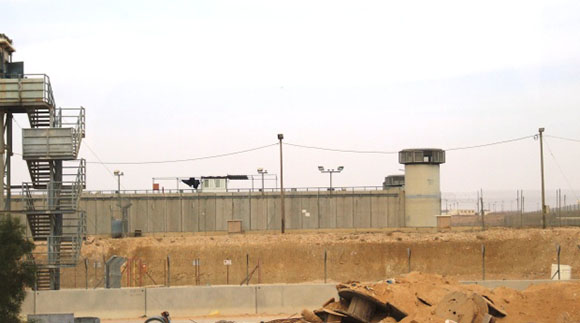 The astounding display of Zio-racism and hypocrisy is contained in a new law, just passed by a Knesset’s subcommittee and due for final approval next week, can be found on the Israeli government’s website here (a web translation service will be needed, as the page ins in Hebrew).

The bill states in its introduction that the “Knesset plenum approved the first reading the draft Prevention of Infiltration (Offences and Jurisdiction) (Amendment No. 4 and Temporary )” on 25 November.

Describing the non-Jewish asylum seekers as “infiltrators,” the bill’s introduction  says that it “aims to establish a legislative arrangement to apply to the infiltrators , instead of the arrangement was canceled in HC 7146/12 Adam v. Knesset,”—a reference to court decision to strike down certain aspects of the old law, which allowed for the detention without trial of African asylum seekers for three years.

“According to the arrangement, the intruder may be held in custody for one year , subject to the grounds for release are listed , with the proposed settlement would only apply to potential infiltrators will travel to Israel after the commencement of the proposed law in this regard,” the bill’s introduction continues.

Israel’s new detention facility for Africans, called Sadot, is currently in the final stages of construction in the lot alongside the Saharonim Penitentiary, where over 2,000 asylum seekers are currently detained.

Under the new bill, after one year at Saharonim, prisoners can request a transfer to Sadot, where they will be required to check in three times a day. Given its incredibly remote location in the harsh Israeli desert, this will make living outside Sadot impossible.

The camp will be closed at night, and, as the Hebrew version of the Israeli Haaretz newspaper reported,  “is surrounded by a high metallic fence topped by barbed wire that stretches for many kilometers.” This, despite the fact that “during discussions… senior members of the Israel Prison Service said that there would be no wall or barbed wire on the site,” according to Haaretz.

Housing at the new concentration camp takes the form of shipping containers set up with baraackstule double bunk beds, and when complete, it will be the biggest prison for immigrants in the world, with a final planned capacity of around 11,000.

The new Anti-Infiltration Bill will also increase the financial incentives for African asylum seekers to leave Israel altogether, from the current $1,500 to $3,500.

Meanwhile, in America and in the rest of the world, the Jewish Supremacists are pushing as hard as they can to destroy all borders and national boundaries in the name of “anti-racism”—yet their own virulent racism is covered up and ignored by their co-religionists in the mass media.