Anyone looking for a good example of how the Zio-media works at trying to manipulate the Western public’s knowledge of what is really happening in the world and of who the real aggressors are in the Middle East, need only compare the recent coverage given to Iran’s nuclear program to that of Israeli’s latest human rights abuse: a massive 130% increase in West Bank housing construction—for Jews only—in the Palestinian West Bank. 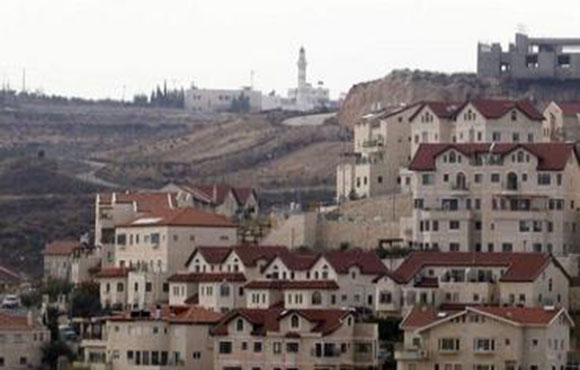 The Zio-media has focused endless attention on discussing Iran’s nuclear program, and the merits or otherwise of the recent agreement in Switzerland which, as the Obama administration has put it, is “in Israel’s interests.”

Articles have appeared in every major news outlet, printed, TV and online, discussing Iran. But, at the  same time, the Zio-media has completely blacked out the news that Israeli construction in the occupied Palestinian West Bank construction is at one of its highest levels yet.

The only news sources which have thus far covered the 130% increase in the building of Jews-only housing in the West Bank have been news outlets directed specifically at Jews—namely the Times of Israel and the Jerusalem Post.

All the major news services—CNN, FOX, NBC, CBS and so on—have ignored the story and have so far refused to tell the American public about this increased policy of ethnic cleansing being carried out against the Palestinian people.

According to the Jewish news sources, the number of West Bank settler housing starts grew by 132 percent in the first three quarters of this year, compared with the same time period in 2012.

Work began on 2,159 new homes in the first nine months of this year, compared with the ground that was broken for 928 units in that same period in 2012.

The growth spurt restores the number of settler housing starts to a level similar to that which existed prior to the 10 month moratorium on such units – imposed on the West Bank from November 2009 to September 2010.

The building is largely taking place in the E1 zone (short for East 1) area of the West Bank, northeast of East Jerusalem.

The international community has ruled that Israeli settlements in the West Bank are illegal under international law. Continued construction in E1 will complete a circle of Israeli settlements around East Jerusalem dividing it from the rest of the West Bank and its Palestinian population centres, and create a continuous Jewish population between Jerusalem and Ma’ale Adumim. It would also nearly bisect the West Bank, jeopardizing the prospects of a contiguous Palestinian state.

In other words, it forms part of a carefully calculated plan to ethnically cleanse the Palestinians from the West Bank and to prevent even a “two-state” solution being implemented.

American taxpayers are effectively funding this crime through the foreign aid package which now gives $11 million every day to Israel. Little wonder that the Zio-media controllers don’t want the American public to hear about it.