The Israeli army must be turned into “avengers” who will “not stop at taking 300 [Palestinian] foreskins” to pay the “price of blood” as revenge for recent events in Israel, the leader of the world’s largest Zionist organization has announced. 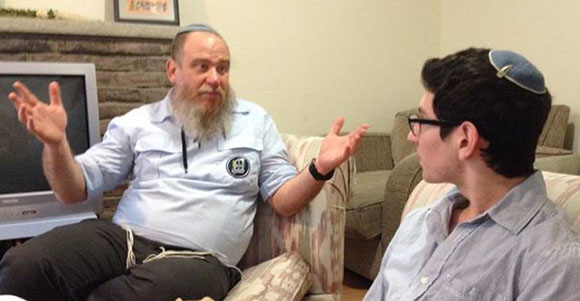 Rabbi Noam Perel, who is secretary-general of World Bnei Akiva, officially the largest religious Zionist youth movement in the world, with over 125,000 members in 37 countries, made the remarks on his Facebook page last week.

“An entire nation and thousands of years of history demand revenge,” Perel posted on his Facebook page.

“The government of Israel is gathering for a revenge meeting that isn’t a grief meeting. The landlord has gone mad at the sight of his sons’ bodies. A government that turns the army of searchers to an army of avengers, an army that will not stop at 300 Philistine foreskins,” Perel wrote, referring to the biblical tale of David told in I Samuel 18:23-27, (where David killed 200 Philistines and gave their foreskins to King Saul as the bride price for his daughter. In biblical parlance, the “Philistines” were inhabitants of Palestine who were displaced by the Jewish invasion under Moses, and who were as a result hostile—exactly like today’s “Palestinians”, and the two terms are therefore often interchanged in contemporary Israel).

“The disgrace will be paid for with the blood of the enemy, not with our tears,” Perel concluded.

Perel posted the same message in a Facebook group of World Bnei Akiva envoys. After receiving thousands of likes, Perel realized that he had blown the pretense which Zio-leaders are supposed to hold to divert attention away from their true intentions, and removed the past, saying that anyone who criticized him had “misunderstood the post.”

Perel’s racism is simply a continuation of the Jewish Supremacist ideology which is so deeply embedded in the Zio-regime. 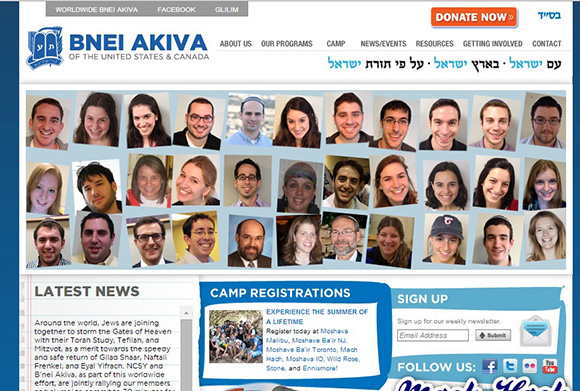 According to the World Bnei Akiva website, the organization is “dedicated to fighting intermarriage and social assimilation”—in other words, it actively campaigns against Jews defiling their blood through mixing with non-Jews.

World Bnei Akiva also “encourages immigration to Israel by deepening Jewish identity” and by “strengthening and connecting the Jewish nation abroad to the values of religious-Zionism and the state of Israel”—in other words, it actively promotes the single-loyalty ideology which underpins all the manifestations of Jewish Supremacy, Zionist or otherwise.

Perel’s remarks have, of course, not seen the light of day in the Jewish Supremacist-controlled mass media which is directed at Gentile consumption.

The reader is asked once again to consider what would this same media’s reaction be to an announcement by the leader of any, say American Christian youth group, which called for the American army to become an “army of avengers” who would “not stop at 300 Jewish foreskins” to “pay the price in blood” for an Israeli atrocity against America (such as the attack on the USS Liberty, for example).

The same Jewish Supremacist controlled media which keeps quiet about Perel’s remarks, would be up in arms if any non-Jew had said such a thing.

Once again, it is one rule for the Jews, another for the hated Gentiles.

Next Post Hear Dr. David Duke on the Weird Genocidal Mentality of Zio-Supremacism