Listen to Dr. David Duke’s radio show on stress—and find out about the latest scientific studies on stress and the fact that stress actually has a good and healthy basis evolutionary, but the modern negative interpretation of stress causes much of the negative health effects of modern stress. 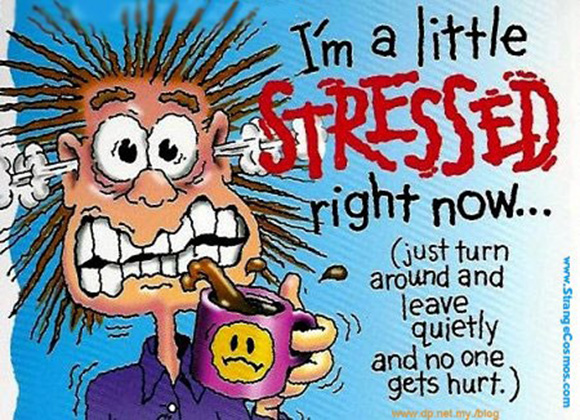 Dr. Duke gives one the best explanation of the physiological and psychological explanations of stress you will ever hear and shares with you proven methods for a healthy form of stress that will improve your performance and how to lessen the unhealthy forms of stress.

Listen to it on the Rense Radio Network Archive here. Look for the show broadcast on 11-01-13.

Two important studies in this regard:

In the first study, (PDF), subjects taking a standardized test were separated into two groups. Before the test began, both the experimental and control groups were told that they would have various salivary hormones analyzed to determine their stress and anxiety levels during the test; only the experimental group was told that research indicated “people who feel anxious during a test might actually do better.” The experimental group outperformed the control group and displayed a greater stress response.

In the second study (PDF), subjects were separated into an experimental group and two control groups, then given tasks to complete.

The experimental group was told to reappraise their stress response – the pounding hearts and elevated pulse – as a way for the body to distribute important blood and nutrients in preparation for a task; they actually displayed an altered physiological response to stress.

The control groups experienced the increased pulse and vasoconstriction (narrowing of the blood vessels), as most people do when under stress. This can increase stress on the vessel walls and lead to damage.

Meanwhile, the experimental group’s pulse increased like normal, but instead of narrowing, their blood vessels expanded. Expanded vessels ensured the increased blood flow was benign, and even beneficial.

They also had reduced attentional bias compared to the control groups – they stopped focusing so much on the “stress” and instead focused on the task at hand.

Previous Post American Taxpayers “Give” Another Half-Billion $ to Israel