No country for fat white men

The CDC (Centers for Disease Control) and the media report that nearly 2/3 of Americans are currently defined as overweight or obese. The CDC states that 40% of all US cancer diagnosis can be linked to overweight and obesity.

Make no mistake, this is not an accident. This obesity epidemic is a product of an alien owned and dominated Zio-media that seeks the destruction of the European people by every means possible.

This sick alien Zio-media gets most of their blood money from toxic junk food producers that make hundreds of millions of people fat and sick. At the same time they promote the huge Pharma drug peddlers of addictive drugs and expensive fake cures for the diseases they create that are also worse than the disease they are supposed to cure. The Jewish Doctor-dominated AMA and psychological associations now prescribe the most addictive opiates like Oxycontin and Percocet to 1 in 3 Americans each year!

There is no salvation for our people, our nation, our future unless every white man becomes a warrior in both mind and body.

The biggest damage to our people’s health is from obesity which leads to cancer, diabetes, dementia and Alzheimer’s.

There is one simple secret cure for fat and obesity that the media never shares with you.

If you’re overweight or fat there is one cure that always works and never fails to burn away the excess fat while at the same time preserving your lean body mass.

White men have known this cure for thousands of years. Our great Greek ancestor founders of Western civilization knew this simple secret  — which wasn’t a secret then but it is now. 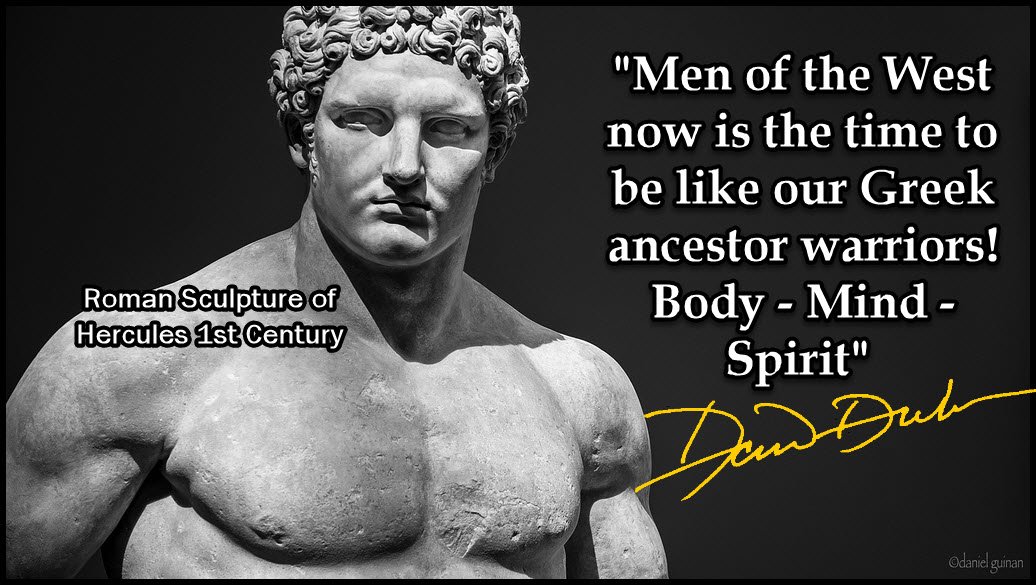 The way you lose weight is very simple: you simply stop eating. Not forever, of course, but until you get to your desired weight.

Hippocrates, the father of medicine, and the greatest of Greek philosophers and warriors knew this. The Romans knew this.

You will not only take off the fat while sparing muscle mass, it will actually increase not decrease your metabolism and increase human growth hormone which also preserves muscle mass.

Not only does fasting take off fat, it absolutely protects you against cancer and makes your brain work better.

If you want to learn about fasting just go to Jimmy Moore fasting talk archives and listen to the scientific evidence. (Start with the earliest shows.) I would also recommend listening to the science cited by an obesity expert who links the scientific evidence together in his writings and videos: Dr Jason Fung. He is of Asian descent but he gives credit to the ancient Greeks for the first scientific understanding of the power of fasting.

We need healthy, strong warriors in the battle ahead for Western civilization the people who created its greatness make it possible in the future.

Next Post Tillerson Summoned to White House Amid Presidential Fury