Even though America is struggling to pay its own bills and is heading for a record deficit which recently caused a 17-day government shutdown, the US House of Representatives Armed Services Committee has proposed a nearly half a billion dollar increase in military aid to Israel.

This is over and above the $11 million a day which American taxpayers already give to Israel every day, and a total US$3.1 billion in military assistance that Washington provides to the Zionist regime.

The committee approved $488 million last week to fund Israel’s development of two missile systems and to finance the purchase of extra batteries for 2014. 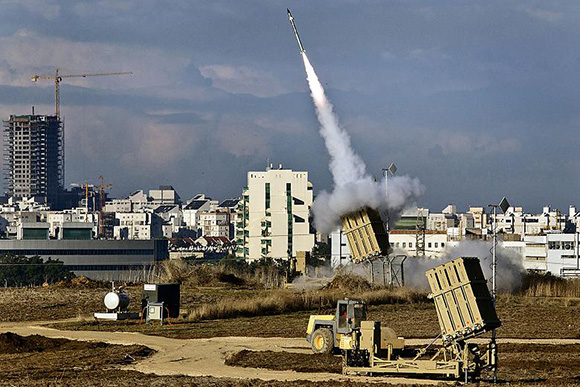 The proposal must now be approved by the House Appropriations Committee and then submitted to the Senate.

US Secretary of Defense Chuck Hagel has previously promised that the current aid would not be reduced even while significant cuts are being made to the US defense budget.

At the same time, the Israeli government has just announced an (Israeli Shekel) NIS 2.75 billion (US$780 million) budget increase for its own armed forces, drawn from a “government surplus.”

According to a report in the Times of Israel, the increase in the Jewish state’s defense budget is in addition to the Israeli Defense Force’s budget set earlier this year at NIS 51 billion ($14.5 billion).

Significantly, when the Israeli cabinet approved the budget increases, they also called for the establishment of committee to “focus on pushing along the dismantlement of army bases in prime real estate areas so that the land could be used for construction projects.”

A large number of the “bases” to which they are referring are in the Judea and Samaria Area, the official Israeli term for the occupied Palestinian West Bank, and the “dismantlement” for “construction purposes” means an increase in Jewish settlements in Palestinian territory.

Just this week, the Israeli government announced that its Housing Ministry would be “offering land for the construction of 1,700 homes in Jerusalem, Judea and Samaria.”

According to a report in the Israeli National News service, Housing Minister Uri Ariel said that his office “continues to market lands for construction of homes around Israel. Thanks to our efforts there has been a noticeable rise in housing starts. Today we are building an average of 43,000 new homes a year. With that, in order to bring about a major change in the housing market, we need to increase our efforts to build new homes.”

In other words, the American taxpayer is directly funding the Zionist state’s war machine, and the dispossession of the Palestinian people.

This situation will carry on for as long as the Jewish Supremacists control the US government, politics and media. Americans need to understand that the reason why they are disliked throughout the world is exclusively to do with the way their government is controlled by the Jewish Supremacists—and that if this situation is ever to change, they have to overthrow the Zio-deathgrip over their organs of government.