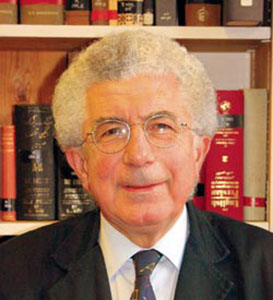 The much-vaunted “special relationship” between the United States and Israel is a one way street in favour of Israel which is against American interests, a leading Jewish dissenter professor of history has said.

Professor Avi Shlaim, an Iraqi-born British/Israeli historian who is emeritus professor of International Relations at the University of Oxford, made the assertion—which confirms what critics of Zionist Supremacism have been saying—in an article published as an opinion piece in the New York Times.

According to the article, a recent insult by Israeli defense minister, Moshe Yaalon, directed against US Secretary of State John Kerry “The episode also reveals a great deal about the nature of the much-vaunted special relationship between the United States and Israel.

“It suggests that this relationship is a one-way street, with America doing all the diplomatic heavy lifting while Israel limits its role to obstruction and whining — repaying Uncle Sam’s generosity with ingratitude and scorn,” professor Shlaim wrote.

He goes on to provide the details of the “special relationship”:

“Since 1949, America’s economic aid to Israel amounts to a staggering $118 billion and America continues to subsidize the Jewish state to the tune of $3 billion annually.

“America is also Israel’s main arms supplier and the official guarantor of its ‘quantitative military edge’ over all its Arab neighbors.

“In the diplomatic arena, Israel relies on America to shield it from the consequences of its habitual violations of international law.

“The International Court of Justice pronounced the so-called “security barrier” that Israel is building on the West Bank to be illegal.

“All of Israel’s civilian settlements on the West Bank violate the Fourth Geneva Convention, but Israel continues to expand them.

“Since 1978, when the Camp David Accords were brokered by President Jimmy Carter, the United States has used its veto power on the Security Council 42 times on behalf of Israel.

“The most shocking abuse of this power was to veto, in February 2011, a resolution condemning Israeli settlement expansion that had the support of the 14 other members of the Security Council.”

Professor Shlaim went on to point out that “there is no rational argument” that “Israel’s occupation of the West Bank serves America’s national interest.

“On the contrary, as General David Petraeus told a Senate committee in 2010, the occupation foments anti-American sentiment throughout the Islamic world and hinders the development of America’s partnership with Arab governments.”

“America poses as an honest broker, but everywhere it is perceived as Israel’s lawyer.

“The American-sponsored ‘peace process’ since 1991 has been a charade: all process and no peace while providing Israel with just the cover it needs to pursue its illegal and aggressive colonial project on the West Bank.” 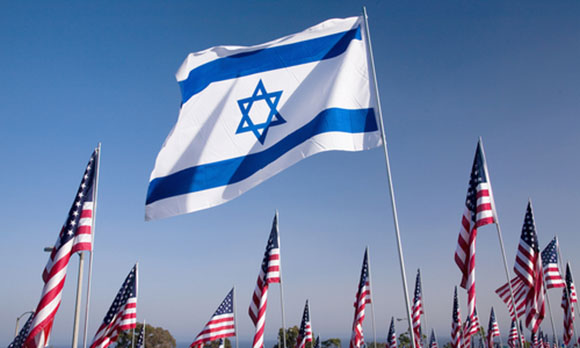 Professor Shlaim goes on to point out what he calls the “fundamental problem with American support for Israel”, namely its “unconditional nature.”

He points out that Israeli policy actually consists of the following:

“[T]o prevent the establishment of a Palestinian state, to confront Iran, to protect Israel’s nuclear monopoly, and to preserve its regional hegemony solely by military means. This program is diametrically opposed to America’s true national security interests.

“Consequently, Israel does not have to pay a price for acting unilaterally in a multilateral world, for its flagrant violations of international law, and for its systematic abuse of Palestinian human rights.”

The whole world can be grateful that there are Jews such as Professor Shlaim, who, in spite of his background (serving in the Israeli army), is able to rationally analyze and point out the obvious: that Zionist Supremacism is a threat not just to America, but the entire Middle East as well.

Next Post “America’s Strategic Ally Bill”: But Which Americans Voted for This?