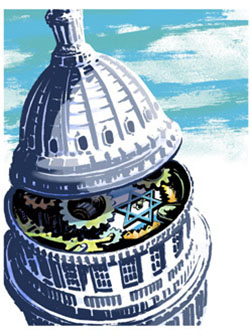 The arrogant way in which the Jewish Lobby runs the American government has been illustrated once again with the news the House Foreign Affairs Committee has unanimously approved an American Israel Public Affairs Committee (AIPAC) sponsored bill that will “enhance the already close U.S.-Israel defense relationship.”

The Bill was initiated by U.S. Reps. Ileana Ros-Lehtinen (whose maternal grandparents were Sephardic Jews from Turkey who had been active in Cuba’s Jewish community) and Ted Deutch (whose grandparents were Jewish immigrants from Lithuania and Russia), the top two members on the committee’s Middle East subcommittee

The Bill names Israel a “major strategic ally” of the United States — no other nation has the status — and includes measures that would encourage enhanced cooperation such as missile development, energy and homeland security.

The measure also calls for expanding the reserve of U.S. weapons stockpiled in Israel and recommends that Israel join the U.S. visa waiver program, allowing for unfettered travel between the countries once Israel meets its requirements. 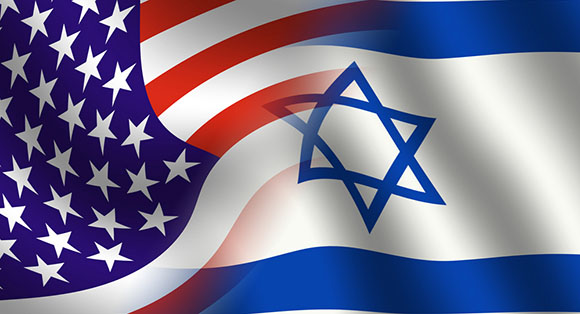 AIPAC said the bill would “dramatically strengthen the relationship between the two allies as they work to confront new threats and challenges in the Middle East” and encouraged the full House to take it up.

Similar legislation is under consideration in the U.S. Senate.

The question that now arises is when exactly was this issue put before the American public?

Which American voters actually voted for an unprecedented “major strategic” alliance with Israel?

The answer is: none.

The Jewish Lobby is far too cunning to ever let this become an election issue, and they do this by controlling the funding of election campaigns and effective mass media blackout of opposing views.

In this way, only candidates who are going to do the bidding of the Jewish lobby no matter what—even if it directly goes against American interests—are offered as candidates.

Fortunately for Americans, the Internet has now effectively broken the Jewish Supremacist grip on the mass media, and increasing numbers of people are seeing through the charade.

As understanding and knowledge of the Zionist conspiracy spreads, its power will recede. One day, American legislators will not be able to take unilateral decisions to commit American tax money—and lives—to Israel.