A speech by Britain’s far leftist activist and Member of Parliament George Galloway before the Oxford Student Union in which he claimed that all “enlightened people” who led the great Communist, Socialist and ‘anti-racist” parties and movements all over the world, has inadvertently revealed the massive hypocrisy of Jewish Supremacism once again. Has George missed the greatest slaughter in the entire history of humanity, that led by the Jewish Bolsheviks in Communist Russia. Read Dr. Duke’s new book: The Secret Behind Communism and learn the ethnic racist motivations behind the communist slaughters! 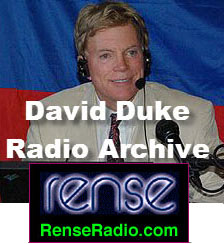 Listen to Dr. David Duke discuss this subject on his radio program. Maybe one of the best he has every done!

Here is the link! Click here to listen to the program

Galloway made the comments after being accused of being a racist by a Jewish student during question time after the talk. In his response, Galloway claimed that he worked as an “underground agent” for the African National Congress in South Africa and that during that time, all of the underground structures for that movement were run by Jews.

Galloway then went on to describe how what he called were “enlightened” people—and he named Karl Marx in particular—who led all the Communist and “progressive” movements were all Jews, and this, he said, was proof that Jews “do not have to be on the side of Apartheid.”

By this he meant Zionism, and he then went on to call Zionism racism and compare it directly to Apartheid.

The point which Galloway of course misses—or most likely deliberately ignores—is that the so-called “enlightened” Jewish leaders of Communism were responsible for the greatest mass murders in history, with tens of millions of victims.

See for example the crimes outlined in the book The Secret Behind Communism, and also in the Jewish press: Sever Plocker’s article “Stalin’s Jews—We mustn’t forget that some of greatest murderers of modern times were Jewish” as published in the Israeli Ynetnews service. 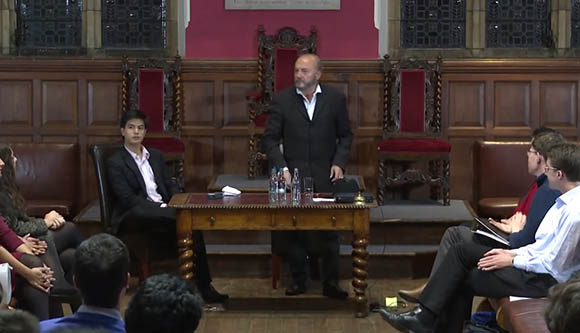 Furthermore, while Galloway’s claim of Jewish support for the ANC in South Africa, he also ignores the reason for that support.

Instead of concern for Africans, the Jewish Supremacists supported the ANC because of their hatred of Europeans. Proof of this can be found in the fact that they have never said a word about the far worse conditions to be found in the rest of Africa.

For example, these same Jewish Supremacists who claim to have been so concerned about blacks in South Africa, never said a word about genocide in Rwanda, the Congo or Liberia.

Even the Jewish Supremacist controlled press hardly gives any coverage to the ongoing tragedies in those countries—or other places in Africa—compared to the endless hate spewed out against white-ruled South Africa.

Furthermore, even though Apartheid South Africa certainly restricted black rights within what was “white South Africa,” they certainly never committed genocide against black people, unlike the warlords in Rwanda.

In actual fact, the black population of South Africa increased by 920% under white rule!

Are Galloway and his ilk really ignorant of these facts, or are they just deliberately blind?  We suspect the latter.