By Reginald Poindexter — Everyone in South Carolina knows that Nikki Haley (born Nimrata Randhawa) is a disgrace. It has been thoroughly documented by the local and national press:

Nikki Hailey was #MeToo-ed before it was even a thing!: Huffington Post (HuffPo has taken down the article, but it is still available on archive.org)

Even her Democratic opponent in her re-election bid in 2014 called her a whore in a public speech, as you can see in this video. The Washington Post claims it was a gaffe, but even if it was a genuine Freudian slip, everyone in the crowd cheered in agreement. I think there is a great hashtag in that speech: #EscortWhoreOutTheDoor.

Has she contracted some sort of STD, which attacks the brain and leads to insanity or severe mental retardation? We have been writing about her obvious lack of knowledge of foreign affairs ever since she went to the United Nations.

And now this from NBC News:

“The United States believes that Russia is responsible for the attack on two people in the United Kingdom using a military-grade nerve agent,” Haley said at a Security Council meeting in New York.

Haley said the United States stood in “absolute solidarity” with Britain after the country expelled 23 Russian diplomats in response to the chemical attack last week on the ex-spy, Sergei Skripal, and his daughter, Yulia.

She called on the U.N. to take action action, saying that the “credibility of this Council will not survive if we fail to hold Russia accountable.”

“If we don’t take immediate, concrete measures to address this now, Salisbury will not be the last place we see chemical weapons used,” Haley said, referring to the English city where Skripal and his daughter were discovered unconscious on a bench.

NBC, in a blatant attempt to cover up Nimrata’s insanity, neglected to mention that she then said “They could be used here in New York, or in cities of any country that sits on this Council. This is a defining moment.” NBC is covering up for her because it is run by Jews and they need insane people in positions of power in order to carry out their insane plans to regime change Russia.

Haley’s remarks echoed those of Rex Tillerson, the ousted secretary of state who this week called the nerve agent attack “a really egregious act” that appears to have “clearly” come from Russia.

Maybe Tillerson caught something from Nimrata.

President Donald Trump, for his part, has not pinned the blame on the Kremlin, saying this week that “as soon as we get the facts straight,” the United States would “condemn Russia or whoever it may be.”

Maybe Donald Trump is the only person in Washington who hasn’t been infected.

British Prime Minister Theresa May, however, has blasted Russia in the wake of the March 4 attack, saying it was “highly likely” that the government of Vladimir Putin was responsible. 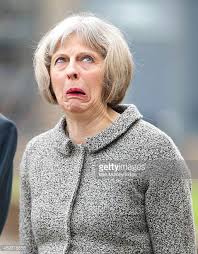 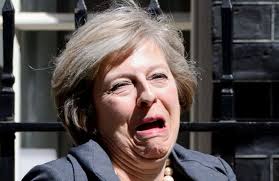 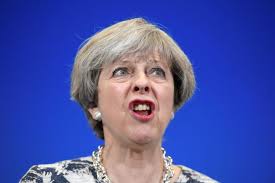 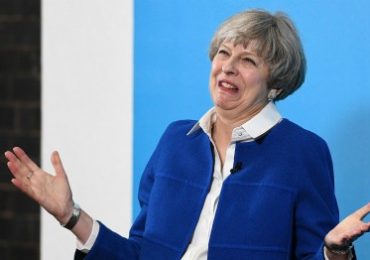 Theresa May clearly is a zombie, and the way you get to be a zombie is by having your brains eaten. This is what is so retarded about the whole thing. All Theresa May can say is that it is “highly likely,” which in diplomatic language means “we haven’t a shred of evidence and we are just pulling this right out of our hind parts.” Just like with the Democrat’s Russia Hoax against Trump.

Remember, this person who was allegedly attacked was a double agent. You don’t think he made a ton of enemies in the process of being a spook working for multiple sides. Loads of people probably want to kill him. And even if it was the Russian government, why should we go to war over this. At least Putin is not waging a war of ethnic cleansing against his own people, like that May zombie.

“There is no alternative conclusion other than that the Russian State was culpable for the attempted murder of Mr. Skripal and his daughter — and for threatening the lives of other British citizens in Salisbury,” May said on Wednesday.

Britain moved to expel the Russia diplomats on Wednesday after Moscow ignored a midnight deadline to explain how its nerve weapon was used in the attack. The expulsions — the largest in three decades — “will fundamentally degrade Russian intelligence capabilities in the U.K. for years to come,” May said.

Skripal, the 66-year-old ex-spy targeted with the nerve agent, is a former Russian military officer who was sentenced to 13 years in prison after being convicted in 2006 of spying for Britain. He passed the identity of dozens of spies to the U.K.’s foreign intelligence agency, according to news reports.

He was freed in 2010 as part of a U.S.-Russian spy swap that also included spy Anna Chapman, who was arrested in New York earlier that year.

So there you have it. The Jewish Power Structure has unleashed a woman of “questionable morals” and an old zombie corpse to genocide our people and provoke a senseless war with a military superpower led by the greatest statesman of the 21st Century. But it could be worse. Somebody could call you anti-Semitic. 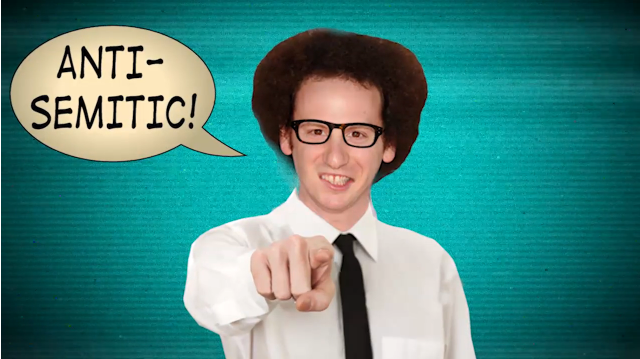 Next Post Dr Duke Exposes the Real Tyranny Over American Politics: The Zionist Matrix of Power Loyal to a Foreign Nation and Full of Hatred Against Europe & America