Desperate attempts by Jewish Supremacists to censor the Internet because of the danger it poses to their conspiracy have been revealed in a special inquiry held before the Israeli parliament. 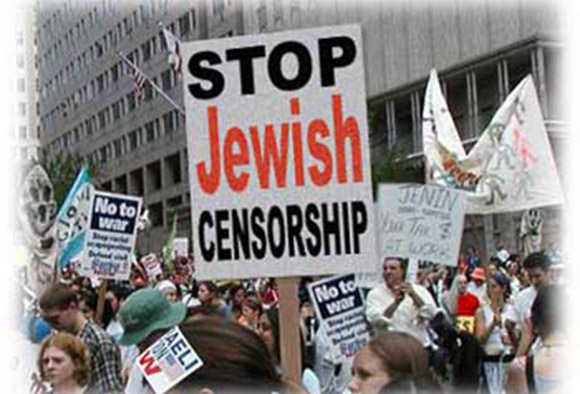 According to a report in the Jerusalem Post, the Anti-Defamation League is in an “ongoing relationship with Internet hosting company GoDaddy” to take down any website which it deems to be too revealing of Jewish extremism, and also “works with Facebook” for the same purpose.

According to the ADL representative, giving evidence during a Knesset hearing on the Internet and the threat it poses to Jewish Supremacy, the ADL has already succeeded in removing 30 sites hosted by Godaddy.

Representatives of the Foreign Ministry, the Ministry of Jerusalem and Diaspora Affairs, the Israeli Internet Association and the Anti-Defamation League, among other bodies, testified at the hearing.

According to the report, “Facebook is coming around, they just need time,” Ronald Eissens of the International Network Against Cyberhate added.

The World Zionist Organization has established a “communications center” for the internet and is “beginning two pilot courses for training Israelis to engage in this struggle,” WZO Department for Countering Anti-Semitism chief Yaakov Hagoel told lawmakers.

“I don’t see us winning the battle but at least we are putting up a fight,” he said.

Committee member MK Dov Lipman told The Jerusalem Post that he “fear[s] that we are fighting a losing battle,” saying that countering the facts was not a way forward, and that only outright censorship provided any solution.

“I am convinced that our focus should be on getting Facebook, YouTube, Twitter and urge websites to remove anti-Semitic materials and not with setting up our own sites and pages to negate the anti-Semitism. I will present this proposal to the chairman of the committee and will push hard for this to be the government’s direction.”