A local politician from the party of Russian President Vladimir Putin has accused Jewish extremists of destroying Russia, according to an article in the Times of Israel. 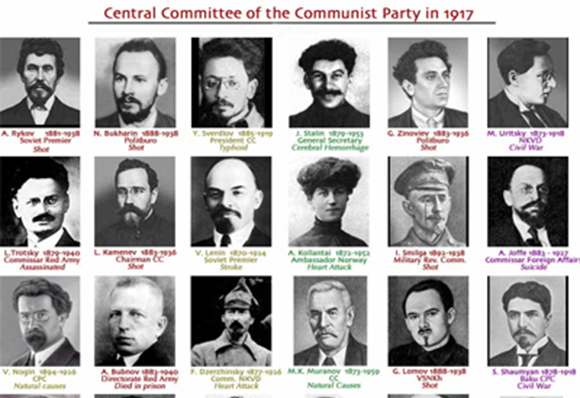 The accusation by Oleg Bolychev, a legislator from the ruling United Russia party at the regional parliament in Kaliningrad, was made in the parliament on February 6, according to the Regnum news agency.

The Russian Jewish Congress condemned the lawmaker, saying it was indignant over the statement and calling on authorities to investigate it.

Bolychev has rejected accusations that his remarks were anti-Semitic and decried claims of extremism as “ravings and provocations.”

“I was not talking about Jews but about the situation in the country. I was speaking about traitors who destroyed a great state twice,” he said. 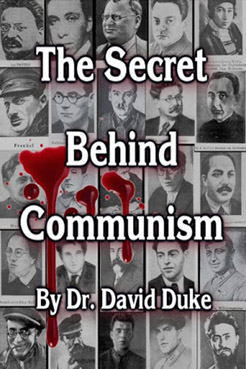 Read Dr. Duke’s book “The Secret Behind Communism” incorporating the writings of Aleksandr Solzhenitsyn, Frank Britton and others.

This is the single most important work on the ethnic origins of the Russian Revolution and the greatest Holocaust in the history of mankind: Soviet Communism and its tentacles which spread out all over the world.

It is estimated that more than 30 million—and perhaps untold millions more—died in the Holocaust which Communism created.

From the millions who suffered in the Gulags through to the Ukrainian Holodomor—which is still the single greatest genocide in all history—the blood-stained hands of Communism and its creators brought untold misery and deprivation to nearly half the world’s population.

This book rips aside the curtain which has been placed to cover up the single, dedicated, fanatic and murderous ethnic group which founded and controlled this “worldwide conspiracy for the overthrow of civilization” (as Churchill called it): Jewish Supremacists.

Read of how Jewish Supremacists created and guided the Communist movement, from its germination, to the “Russian” Revolution, the seizure of Eastern Europe, its tentacles in America and Britain, South Africa and even in early Communist China.