Does it sound outrageous to say that the entire world will be ruled by a court based in Jerusalem which the United Nations will have to built to honor all the Jewish prophets?

Does that sound like a massive delusion of grandeur?

Would you think someone who said such a thing would be fully of sound mind?

Would you possibly think that someone who said such a thing might just be suffering from schizophrenic paranoia, and who thought they had been ordained by God himself to rule over all other nations on earth?

The reader might be interested to learn that this was precisely what David Ben Gurion, the first prime minister of Israel, widely regarded as the founding father of that state, said, in writing, in Look Magazine of January 1962.

Look was a bi-weekly, general-interest magazine published in Des Moines, Iowa, from 1937 to 1971. Started by the former executive editor of The Des Moines Register and The Des Moines Tribune, Garder Cowles Jr., it was a highly successful publication, with a peak circulation of 7.75 million, and a serious contender with its major rival Life magazine. 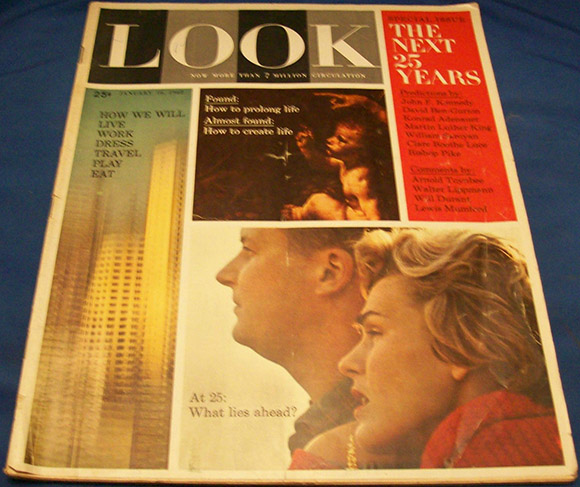 For its January 1962 edition, it posed the question: “What does the next 25 years hold for the World?” and got many leading personalities from around the world to give their opinion.

One was David Ben Gurion, who made the predictions detailed below for the year 1987. While, of course, world events moved on beyond what he thought (with particular reference to the Soviet Union), the sheer scale of his delusional thinking—that Israel is the center of the world and that all the nations of the earth will pay homage to her—reflects a widely-held perception among Jewish Supremacists.

This is indeed how they see the world and all its peoples—as servants of Israel and Jewish Supremacism.

“The image of the world in 1987 as traced in my imagination: The Cold War will be a thing of the past. Internal pressure of the constantly growing intelligentsia in Russia for more freedom and the pressure of the masses for raising their living standards may lead to a gradual democratization of the Soviet Union…[Glasnost, Perestroika & Gorbachev were right on time in 1987 and going according to plan]

“…On the other hand, the increasing influence of the workers and farmers, and the rising Political importance of men of science, may transform the United States into a welfare state with a planned economy. Western and Eastern Europe will become a federation of autonomous states having a Socialist and democratic regime.

“With the exception of the U.S.S.R. as a federated Eurasian State, all other continents will become united in a world alliance at whose disposal will be an international police force. All armies will be abolished and there will be no more wars. 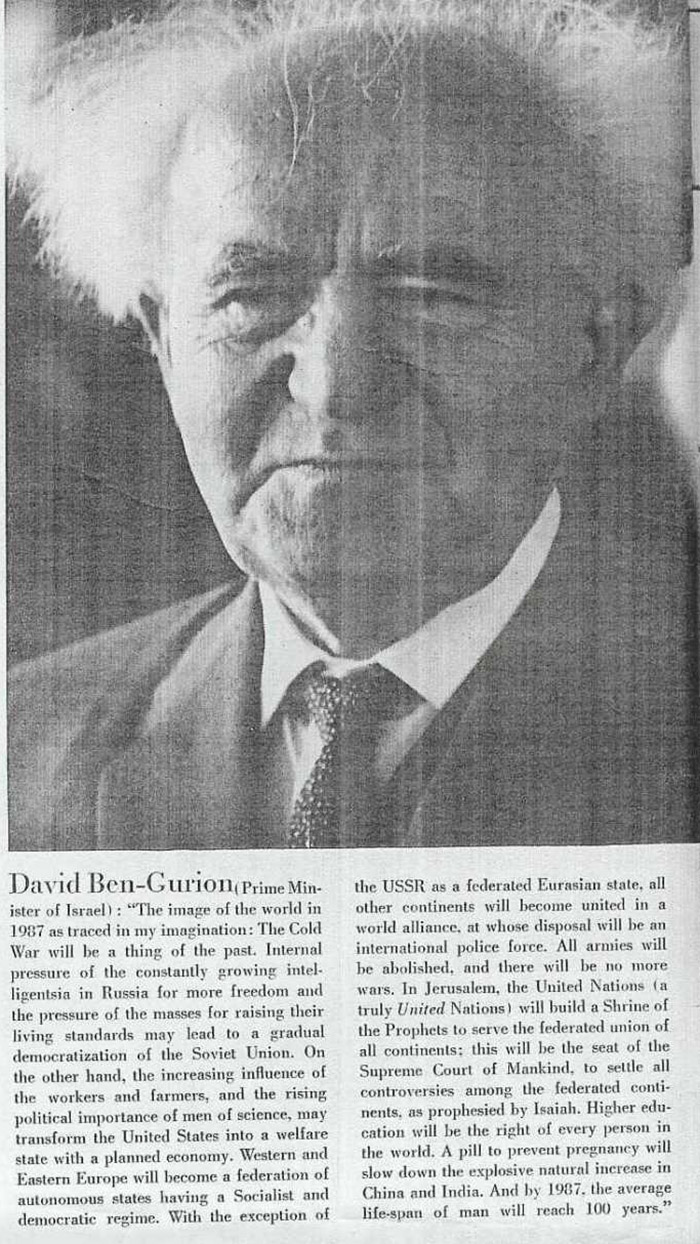 Next Post Zionism is a Worldwide Phenomenon: Dr. Duke on Press TV