Search by category:
by Dr. Patrick Slattery June 13, 2017 3,955 Views
Share:
Commentary —Jews tend to be pretty good at recognizing each other through facial characteristics, names, accents, family history, etc., but you can never be too sure. Especially if you are talking about immigration into Israel. So imagine how happy the rabbi will be if a simple DNA test can erase any doubt. Time to break out the Manischewitz.

Can ‘Jewishness’ be proven with a simple saliva test?

Experts on genetics and Jewish law say they found a ‘Jewish gene’ that could prove one’s Jewish roots; researchers have been studying mitochondrial DNA that one receives only from his or her mother, which they say could help establish one’s connection to Judaism.
Elisha Ben Kimon|Published:  28.05.17 , 15:52

“This could be a significant breakthrough,” explained Rabbi Yosef Carmel, head of the Gazit rabbinical court and the Eretz Hemdah Institute for Advanced Jewish Studies. According to Carmel, “Using a simple sample of saliva can save a long and difficult conversion process.”

Any person who wishes to be recognized as a Jew—for example, in order to get married in the State of Israel, which can only be done through the Chief Rabbinate—is required to prove their Jewish roots. In Jewish religious law, only those born to Jewish mothers are considered Jewish. Those who wish to be recognized as Jews have to provide proof of Judaism several generations back in the form of documents—such as birth and marriage certificates. 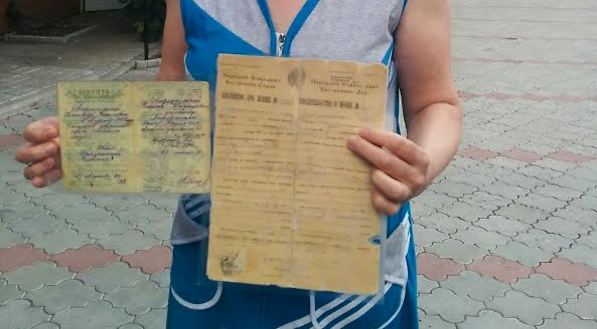 Emigrants from the former Soviet Union have to present documents to prove their Jewish roots (File photo: Tali Farkash)

This can be a problem for over 400,000 people, particularly immigrants and especially those from the former Soviet Union, who don’t have the necessary documents.

People who cannot prove their Jewish roots are considered as “undefined,” with applicants having to undergo a long and tedious conversion process that quite a few wish to avoid and many do not complete.

Currently, the Eretz Hemdah institute is preparing an article to be submitted to the Chief Rabbinate detailing a Halachic-scientific breakthrough that claims anyone whose Judaism can be proven genetically is legally (in the Jewish legal sense, that is) Jewish.

“In recent years, (researchers) in Israel and in the world have been studying mitochondrial DNA—structures within the cells—that a person receives only from his or her mother,” explained Rabbi Dov Popper, an adviser at the Puah Institute, an Israel-based international organization that helps Jewish couples with fertility problems.

“We can find the gene with a simple blood or saliva test. As soon as you find the mitochondrial gene in a person, this serves as a considerable piece of evidence in proving his Jewish roots,” Rabbi Popper went on to say.

“If the gene research is accepted by the Chief Rabbinate, this would be a significant change” for the hundreds of thousands who are considered “undefined,” Rabbi Carmel said.

The breakthrough will be presented at a special conference held by the Puah Institute in Jerusalem on June 6.

“We began researching this because of the issue of egg donation and the ramifications that would have on the Jewishness of the newborn baby,” explained Rabbi Menachem Burstein, the head of the Puah Institute.

“However, it’s important to note this (discovery) would not have practical use until it’s approved by the Chief Rabbinate,” he added.