Now available on the Rense Radio Network archive: Hear Dr. David Duke talk on how the Zio media created the Ferguson racial hatred out of lies. He goes into the true statistics of police shootings proving that police are far more likely to shoot white criminal suspects than black criminal suspects. 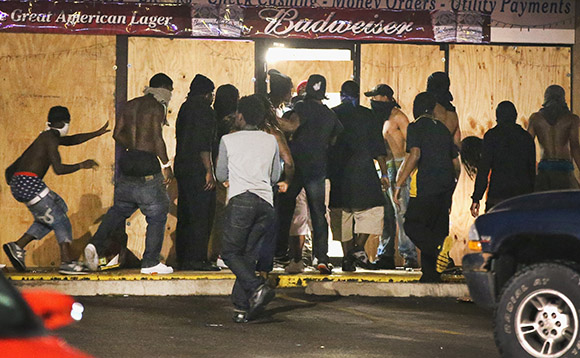 He also reveals the obviously racist murder of a newlywed white man right in front of ride. It occurred during hateful demonstrations against “white racism” in St. Louis in the wake of the Michael Brown case. But the media has blacked out this horrible racial crime.

Then Dr. Duke talks about the new article on the hypocrisy of Zionist Refugee policy hypocrisy. It is exactly the opposite of the policy advocated for America and European nations.

Finally Dr. Slattery comes on to discuss all and there is a playing of Dr. Duke’s powerful introduction to the audio movie of Jack London’s great book, The Mutiny of the Elsinore.