In an open display of Jewish Supremacist power over Congress, that body has unanimously passed a bill which ties America to Israel even more closely than before, promising increased financial and military aid—even though America is technically bankrupt and unprecedented millions of Americans are on welfare.

The news that Congress unanimously passed the US-Israel Strategic Partnership Act, promoted by the Jewish Supremacist senator Barbara Boxer, has not surprisingly been almost completely suppressed by the Zio-media dominated media aimed at non-Jewish readers. 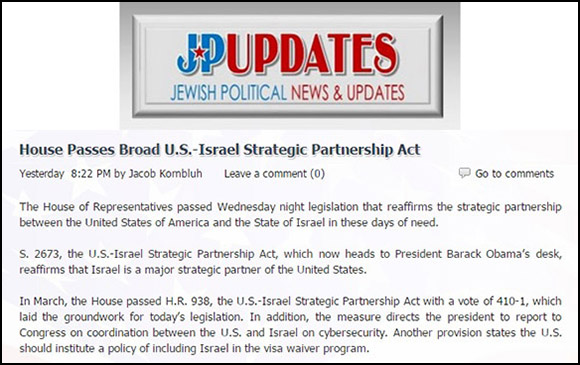 The Jewish Press Updates website, for example, boasted that the:

In March, the House passed H.R. 938, the U.S.-Israel Strategic Partnership Act with a vote of 410-1, which laid the groundwork for today’s legislation. In addition, the measure directs the president to report to Congress on coordination between the U.S. and Israel on cybersecurity. Another provision states the U.S. should institute a policy of including Israel in the visa waiver program. 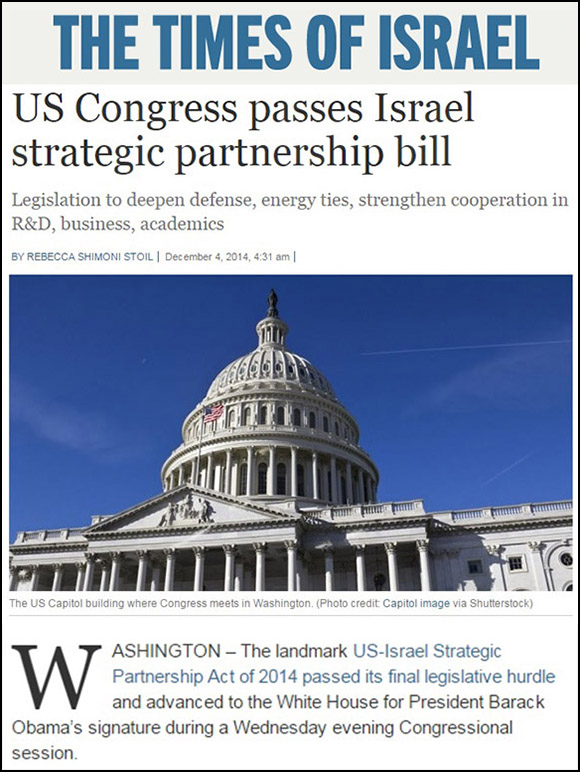 In its coverage, the Times of Israel quoted Senator Boxer:

“I am proud that the House and Senate spoke with one voice to pass this bill that reaffirms and strengthens the relationship between the United States and Israel,” said Sen. Barbara Boxer (D-CA), one of the bill’s two original sponsors in the Senate. “I look forward to the president signing this critical legislation.”

The Times of Israel could not contain itself in boasting to its Jewish readers just how extensive the bill is:

The legislation deepens US-Israeli cooperation on defense and energy, and expresses “the sense of Congress that Israel is a major strategic partner of the United States.” In addition, it authorizes an increase of $200 million in the value of US weapons held in forward stockpiles in Israel, to a total of $1.8 billion. In the event of an emergency, Israel can access the stockpiles as long as it reimburses the US for any weapons used.

The bill also offers a verbal guarantee of Israel maintaining a qualitative military edge over its neighbors and requires the administration to take steps toward allowing Israel to be included in the top-tier category for license-free exports of certain US defense technologies and products as well as to provide more frequent and more detailed assessments on the status of Israel’s qualitative military edge over its neighbors.

And then, just to remind its readers of the Jewish lobby’s power over the US government, the Times of Israel added that:

The Times of Israel ended off by quoting the American Jewish Committee congratulating Congress for its “moral leadership” in passing the legislation, “which proponents said would create a special status for Israel.”

The move to strengthen ties between America and Israel comes only a few days after it was announced that the leadership of the Jews-only state had lied to America over the Pollard affair.

In addition, the lengthy record of Zio-treason against America, dating from the time of the Lavon Affair, the attack on the USS Liberty and countless other acts of betrayal, all make the unanimous passing of the new bill even more outrageous than would otherwise be the case—and serve as conclusive proof of the power of the Jewish Lobby over the American government.

Next Post Hear Dr. David Duke on the Truth behind the Ferguson Incident