Congress Tuesday approved a year-long suspension of the nation’s debt limit Tuesday which will, if passed by the Senate, eliminate any chance of default on $17.2 trillion in debt — and the financial havoc that would ensue — until March 2015.

The massive debt has, of course, been caused by the huge $7.7 trillion bank bailout, the $8.5 million in aid to Israel each and every day, and the $1,497 trillion spent fighting the Jewish-Supremacist-caused wars in Afghanistan and Iraq.

All of the Jewish Supremacist controlled media coverage of the lifting of the debt ceiling have, of course, deliberately ignored the real reasons for the debt crisis in the first place. 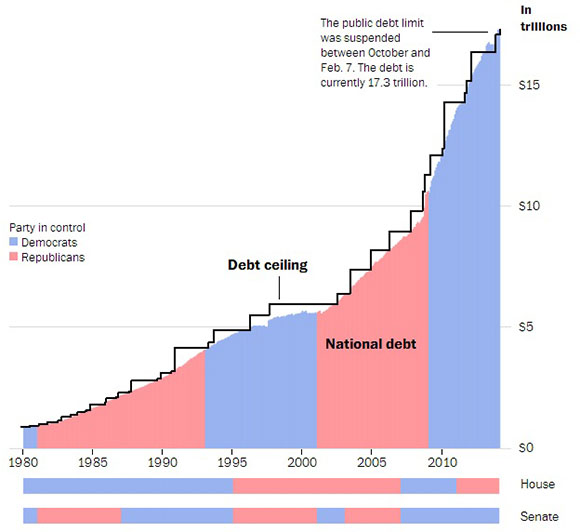 Previous Post Anti-Zionists of various backgrounds come together in France — It could happen in America too!