Dr. Duke  discussed the outrageous release of Israeli spy Jonathan Pollard from prison. Jonathan Pollard was a Jewish American intelligence analyst who sold national security secrets to Israel, which then sold the information to the Soviet Union. According to then Secretary of Defense Casper Weinberger, himself half Jewish, Pollard caused more damage to American national security than any spy in history. 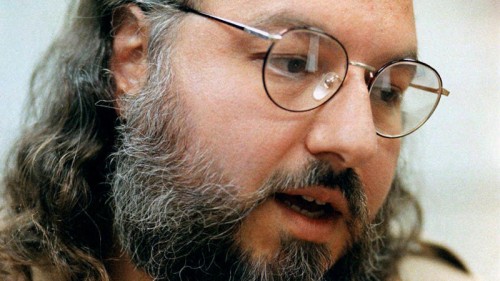 Pastor Mark Dankof joined the show and talked about the sources of Jewish power in America, which has been used for a number of nefarious objectives over the decades. He and Dr. Duke named the names of the Jewish individuals who buy and sell our politicians.

This show lays out all the easily verifiable basics regarding the take over of our republic by a tribal minority with a hostile agenda. Please share it widely.

Previous Post Most damaging spy in US history is freed and Israel’s treachery is rewarded!

Next Post Jewish Congressman invokes Holocaust in call for allowing Zio-created refugees and jihadists into US: Zio-Watch, November 18, 2015