Christian beheading Islamists, cannibals, murderers and an international assortment of al-Qaeda linked terrorists: this is the motley gang of criminals that Barack Obama, John Kerry, US House Speaker John Boehner, and House majority leader Eric Cantor want the American public to support in Syria, says a report by The New Observer. 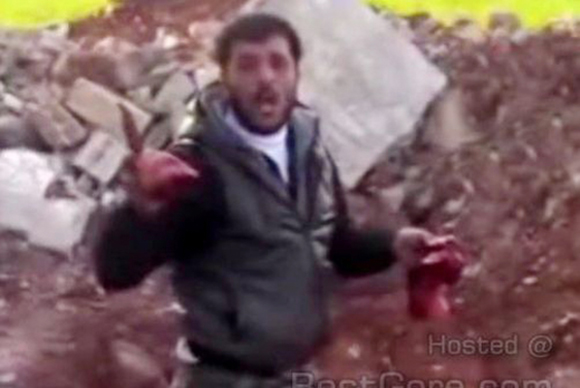 It is largely thanks to the power of the Internet that the wider public are able to see for themselves the shocking rogues’ gallery of evil which the Obama regime and its allies are supporting with supplies, and now wish to support with direct military action.

The New Observer has earlier reported on the large number of foreign Islamist extremists who make up the ragtag collection of criminals in the completely misnamed “Free Syrian Army”—but since then, the atrocities and crimes committed by these extremists have shocked decent people across the globe.

On May 15th, 2013, a video was released by the “Free Syrian Army” in which one of their commanders cuts out the heart and liver of a soldier and eats the heart chanting ”I swear to God we will eat your hearts out, you soldiers of Bashar. You dogs. God is greater!” the man says. “Heroes of Baba Amr … we will take out their hearts to eat them.”

The report goes on to show three shocking videos of “Syrian Rebel” activity, including an awful beheading, cannibalism and the mass shooting, execution style, of bound and kneeling prisoners by the groups that Obama wants the American congress to support with a military strike. 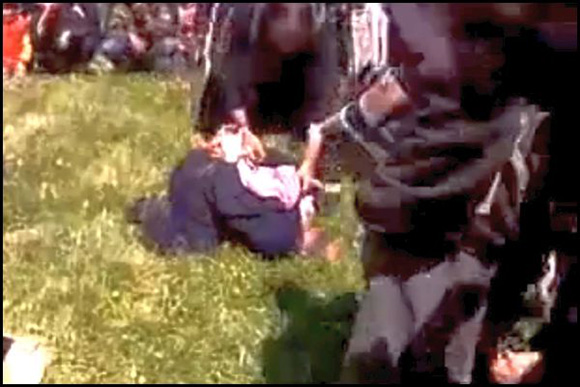 The videos are too shocking for us to display on this site, but those who are of strong constitution, can watch them on the original article here–but be warned, they are of very graphic content.

“The fact that these “rebels” who Obama wants to support by attacking the Syrian government, are openly allied to the worst sort of al-Qaeda linked terrorists, should be proof enough that this ongoing “war on terror” has nothing to do with fighting Osama Bin Laden’s followers, but rather with protecting Israel.

“If the US Congress endorses Obama’s call for military action, America will in effect become al-Qaeda’s air force.

“Is there a way Americans can stop this outrage?

“Possibly—only possibly. Americans should, in massive numbers, make use of the “email your congressman” facility provided by the House of Representatives.

“Let your congressman know that you are opposed to supporting the terrorists and murderers in Syria—and that you demand they vote against intervention in Syria.

Next Post Syria and AIPAC: The “800-pound Gorilla in the Room”