The Jewish lobby and its foremost arm in Washington D.C., has been openly identified by an Obama administration official as the “800-pound gorilla in the room” in a now-partially censored article which slipped through the Zionist censorship screen into the pages of the New York Times. 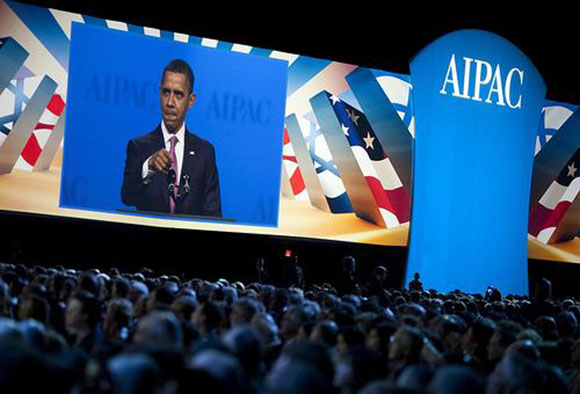 The original NYT article, titled “President Seeks to Rally Support for Syria Strike” was published on September 1, and said that “Administration officials said the influential pro-Israel lobby group AIPAC was already at work pressing for military action against the government of Mr. Assad, fearing that if Syria escapes American retribution for its use of chemical weapons, Iran might be emboldened in the future to attack Israel.

“In the House, the majority leader, Eric Cantor of Virginia, the only Jewish Republican in Congress, has long worked to challenge Democrats’ traditional base among Jews.”

The article continued: “One administration official, who, like others, declined to be identified discussing White House strategy, called AIPAC  ‘the 800-pound gorilla in the room,’ and said its allies in Congress had to be saying, ‘If the White House is not capable of enforcing this red line’ against the catastrophic use of chemical weapons, ‘we’re in trouble.’”

These two paragraphs were removed from a later edition of the same story, which was also retitled “President Gains McCain’s Backing on Syria Attack,” sparking off a series of blog posts claiming that the NYT had censored itself on behalf of AIPAC.

The original article, still available online, was however then censored to remove the first paragraph—the one which specifically referred to AIPAC “pressing for military action.”

The censoring is not limited to the NYT. Just yesterday, former congressman Ron Paul, while discussing the reasons why America should not intervene in Syria on CNN’s Situation Room with host and arch-Zionist Supremacist and AIPAC agent Wolf Blitzer, suddenly found his connection experiencing “technical difficulties” and was cut off.

*Meanwhile, in yet another example of the duplicity of US Secretary of State John Kerry/Kohn, a new set of pictures of him having a snug dinner with Syrian president Basheer Assad has emerged—only a few months before the fighting in Syria started.

The pictures, which are reminiscent of the images of Donald Rumsfeld shaking hands with Saddam Hussein just before the decision to attack Iraq, show clearly how the US government, under its Zionist Supremacist masters, changes track instantly according to what is in Israel’s interests. 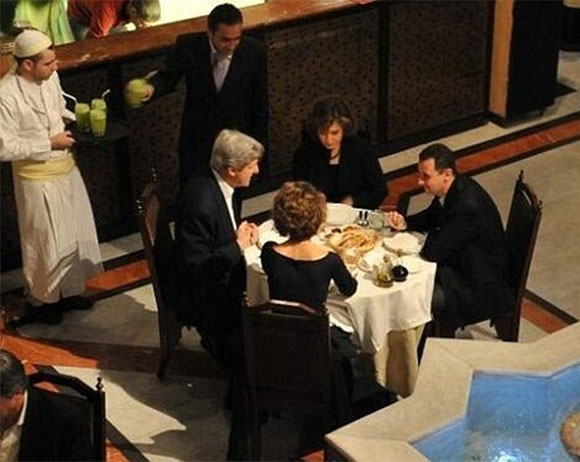 Previous Post These Are the People Who Obama, Kerry, Cantor and Boehmer Want You to Support