An array of Jewish Supremacist organizations in America have come out openly in favor of war against Syria and have admitted that Jewish Lobbying is seen as the reason behind the War against Iraq. 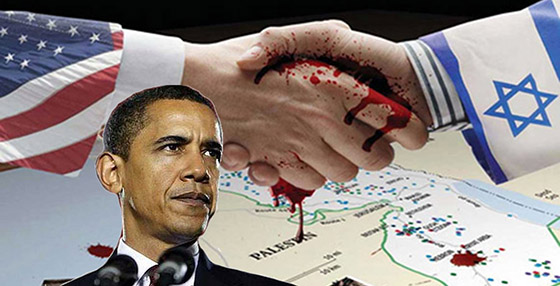 The confessions are contained in a new article in the Times of Israel, which quoted a number of Jewish Supremacist organizations hypocritically accusing Syria of using “unconventional weapons”—while their own tribal state of Israel regularly used phosphorus and depleted uranium against women and children in Gaza and Lebanon.

According to the Times of Israel, “Several organizations — including the American Israel Public Affairs Committee (AIPAC), the Conference of Presidents of Major American Jewish Organizations, the Zionist Organization of America, Americans for Peace Now and the Anti-Defamation League — will participate in a conference call on Syria with administration officials.”

In reality, America has no “national security interests” in bombing Syria—but Israel does, and therefore the Jewish lobby wants Americans to go and fight a war for the Zionist Supremacists once again.

Furthermore, AIPAC continued, the Syrian government must be dissuaded from “further use of unconventional weapons.”

However, this same Jewish lobby said nothing when Israel rained phosphorus and depleted uranium down on women and children in Lebanon and Gaza—showing once again the breath-taking double standards at work.

“I would predict that the overwhelming majority of the American Jewish community will support the president’s decision on moral grounds and national security grounds,” Abraham Foxman, the ADL’s national director, told the Jewish Telegraphic Agency.

According to the Times of Israel, “Jewish groups had been reluctant to weigh in on American intervention, in part because of the hangover from unwarranted attacks in the last decade blaming Jewish lobbying for the Iraq War.”

The Times of Israel quoted Foxman as saying that “such hesitations were obviated by Obama’s explicit call for a strike.”

Previous Post Syria and AIPAC: The “800-pound Gorilla in the Room”