America’s ultra-Zionist Secretary of State, John Kerry, (Kohen) has pronounced Syria guilty of using poison gas in Damascus against a rebel area. President Obama has already stated that any use of poison gas would cross a red line and bring on a massive military attack against the small nation of Syria by the world’s only remaining superpower. 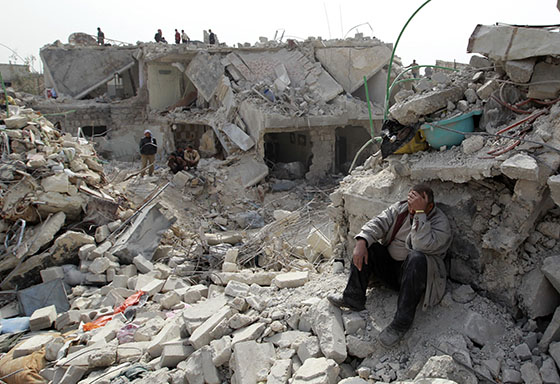 What is the evidence that the Syrian government used poison gas?

There isn’t even any direct forensic proof that poison gas was used at all, much less that the Syrian government used it.

In fact, toxicology is quite advanced today. Any forensic expert should be able to examine any alleged victims of poison gas and determine even the cause of death.

How many forensic tests have been done and documented?

How many forensic tests have been done and documented by unbiased third parties?

Next, if poison gas was used, and the problem was not simply a gas main or other toxic poisoning, what is the proof that the Syrian government perpetrated it?

The United Nations has been called into investigate the allegations. No one can deny the extensive influence that the extremely Zionist U.S. UN has its investigated even began to come to any conclusions?

Answer: not a single conclusion.

Question: Syria has recently made major victories against the invaders/rebels. Does it make in sense that Syria would use any poison gas that would kill scores of people, and which could easily be forensically identified in open defiance of Obama’s red line and the prospect of massive destruction?

Answer: Of course not!

Does it make any sense that if Syria would possibly use such weapons, that they would be used in Damascus the capital of Syria against a small pocket of insurgents. In the capital where most foreign media and international delegations are located?

Answer: Of course not!

Are Syrians unaware of the fate of Saddam Hussein in Iraq and Muammar Gaddafi in Libya from American and EU military weapons of mass destruction? Would they risk that at any time much less at a time when they are winning the war?

Does that make even the slightest sense?

What does make sense?

Israel and Zionists in America such as Zionists Richard Perle and Paul Wolfowitz the media-claimed orchestrators of the Iraq War told the world that the evidence was incontrovertible that Saddam Hussein had weapons of mass destruction. Other Zionists and their stooges in media and government all over the world headlined and screamed out these claims.

Now, Israel claims it is an existential crisis with Iran and to destroy Iran. It despises Iran, Lebanon and Syria. It says that the alliance between these nations must be destroyed. This is the same Israel that said Saddam was its greatest threat. Israel through the Jewish Lobby’s influence over American foreign policy and media got America to fight, bleed, die and go into trillions of dollars of debt fighting a war for Israel against Iraq.

So, if poison gas was used, who used it?

Here are the facts:

1) The invader/terrorists have had huge setbacks in Syria, in spite of mass civilian bombings and carnage. They are desperate.

2) The only way the invaders and Israel can triumph is to get American and EU direct intervention and destruction in Syria.

3) The Zio-controlled Obama administration has publicly stated that the “red line” is the use of chemical weapons.

4) Even without a shred of evidence, Kerry and American spokesman have declared Syria guilt of using chemical weapons.

5) Israel has a long record of false flag and terrorist operations such as the Lavon Affair in which Jewish Mossad terrorists blew up American installations in Egypt trying to trick America into a war with their enemy Egypt. Even attacking America!

6) Israel has been proven to have mass stockpiles of nuclear, biological and chemical weapons.

7) Israel admits to supplying the terrorist invaders of Syria.

8) It would be ridiculously easy for the Israeli Secret Agents to supply the terrorists with canisters of poison gas. The recipients would not even have to know it came from Israel, so there is practically no risk of exposure. Some poison gases can be so concentrated and powerful that only a very small amount could infiltrate an entire neighborhood.

Any one who thinks Israel and the desperate terrorists who are losing and blowing up whole streets with car bombs in Damascus wouldn’t use these weapons has to be incredibly naive, brain dead stupid.

The Roman Cicero said it so accurately many centuries ago.

The words in Latin mean “Who benefits?”

Facts, reason and simply common sense tells us that if poison gas was used, the only ones who “crossed the red line” were the Zionists, American traitors, and the terrorists that they support in Syria.

Next Post “US Must Have Immigration, but Israel Not”—Leading Jewish Supremacist