Rev. Billy Graham Dies at 99 – Listen to Graham Shockingly Say that “If the Jewish Stranglehold of Media is Not Broken America Will Go Down the Drain!”

Watch this David Duke Video called Should Christians Support Israel showing Rev. Graham and President Nixon saying that if the Jewish stranglehold on “media is not broken, America will go down the drain.” Graham asks Nixon if he believes that, and Nixon answers, “I believe that, but I can never say it (outloud). 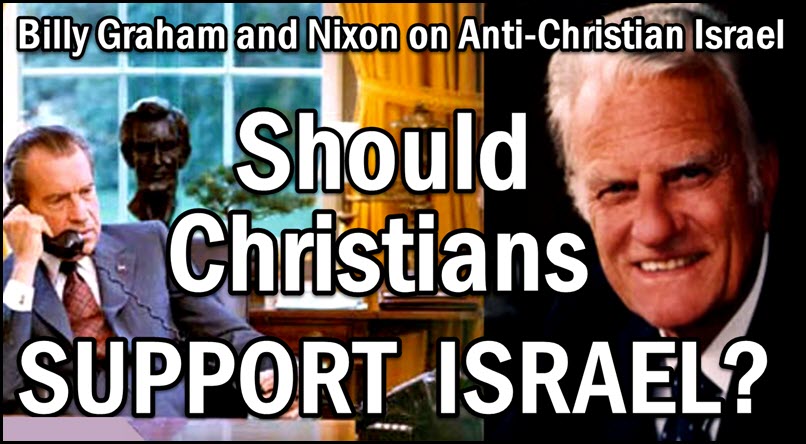 Rev. Billy Graham Dies at 99 – Listen to Graham State that “If the Jewish Stranglehold of Media is Not Broken America Will Go Down the Drain!”

Not that the video has now been oppressed by Google as objectionable and is suppressed in search engines, and is not allowed for people to share the video comment on it or rate the video. One reason they don’t know allow rating of this video that people coming upon the video will see that the video is overwhelmingly given approval by viewers, but they don’t want people to know how popular it is.

Of course it is popular, there is no hate speech in this video. In fact it quotes one the most respected Christian leaders in the world, and a president of the United States and far from promoting hatred it exposes the real apostles of hatred against Christianity and the Christian values of the Western World !

Please write to google and YouTube and protest the repression of this video and point out is that all it does is quote Rev. Graham, the New Testament, and shows the intolerance and hate propaganda against the Christian faith and Christian values of Western Civilization.

Next Post Dr. Duke and Eric Striker on the legacy of Billy Graham and his White House warning about Jewish Power