By Dr. Patrick Slattery — While I have been researching the issue of Jewish supremacy for three decades, the role of divide and conquer tactics were not apparent to me until I heard Dr. Duke explain it.

Then I was able to look around me and realize how many policies like immigration and multiculturalism are promoted not for the purported reasons of altruism and the intrinsic value of diversity, but rather because it creates an environment in which Jews are better able to dominate society.

I had always been aware of the use of distractions by the Ziomedia — hot button issues like abortion and gay marriage, that deflect attention away from Zionist crimes and Jewish domination. But now I see that they are not simply distractions, but also serve to divide us and inhibit our ability to unite and liberate ourselves.

And as much expertise knowledge as I had regarding the Zionist ethnic cleansing projects from Palestine to the Ivy League, as much as I understood about the Jewish religion and modern culture, as many Jewish names as I could list in the fields of media, government, finance, and academia, the education I’ve gotten from Dr Duke’s books, videos, website, and radio show have been really enlightening, particularly regarding the divide and conquer aspect of Jewish supremacist. And I certainly owe Dr. Duke an intellectual debt for this enlightenment. 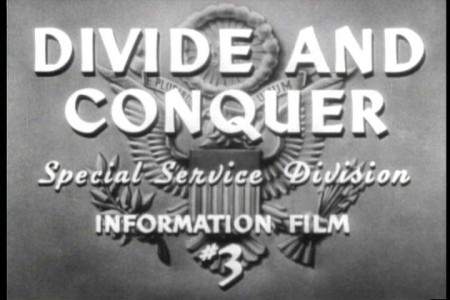 The David Duke Show, the DavidDuke.com website, and Dr. Duke’s videos and books are just so valuable to our cause. While Dr. Duke certainly is capable of good primary research, what he really excels at is bringing together the research of other scholars as well as the writings and speeches of Jewish supremacists and presenting them to his audience in a readily digestible way.

More than anyone else, he has developed a narrative for explaining the mechanism and consequences of Jewish supremacism that is powerful and persuasive. We are in a struggle to free ourselves from oppression, but this oppression is not enforced on us at gunpoint.

Our prison door is not locked, it is not even closed. We simply have to get up and walk out. We produce all the ideas and information we need, so we don’t have to watch their media.

We have all the money we need, and we don’t have to put our money in their banks. We just have to make the choice. We just need our own awakening. To achieve our liberation, not a shot needs to be fired.

No one has to be rounded up, although certainly their are plenty of banksters and frauds and traitors who have committed horrific crimes and deserve punishment. No, our struggle is completely non-violent. It’s the moral way. And its the most effective way.

What we need to arm ourselves with in order to achieve “our awakening” is a narrative that is powerful and persuasive. More than anyone else, Dr. Duke is accomplishing just that. He has been doing it for decades, and he continues to do it. And doesn’t he deserve our support?

This is the most important cause in the world. How can we take on the great challenges of humanity — stopping wars, ending poverty, halting environmental degradation, you name it — if we allow ourselves to be divided country against country, race against race, gender against gender, class against class, ideology against ideology, by a tiny group motivated by tribal supremacism that sees the miseries of humanity as — to borrow the words of the from Jewish Secretary of State Madeline Albright — as a price worth paying so this small tribe can dominate the world.

Every nation, every race, every group is faced with subjugation, domination, even extinction in a recognizable form. Just look at the Palestinians. Look at the Lebanese. The Syrians. The Iraqis. They have all been subjected to unspeakable violence over just the past few years, either from the weaponry of the Israeli military, which is financed by our tax dollars, by the way, or our own Zionized, Zombiefied military, or in the case of Syria by unscrupulous or misguided Muslims making common cause with the Zionist oppressors.

Even the Iranians, who have one of the oldest continuous civilizations on the face of the planet, who have a history of thousands of years of achievement in culture and arts and science, they face nuclear OBLITERATION from Israel and the Zionists and Zionists shills who control the U.S. government merely for refusing to kowtow to the Jewish effendis.

You know, while I was away I saw on DavidDuke.com an article about what Pink Floyd front man Roger Waters had to say about Israel and Jewish domination of America. People said he sounded like David Duke. Well, he did.

So many of the examples he cited are those regularly cited by Dr. Duke, such as the insane racism of the Israeli Rabbinate, including Chief Rabbi Yusef.

A few years ago they said that Professors Walt and Mearsheimer sounded like David Duke when they published their book on the power of the Israel Lobby. And they did. Not as clear, not as direct, not as blunt and honest, but yes, they sounded like Dr. Duke.

And when Jimmy Carter wrote his book about Israel “Peace no Apartheid” they said he sounded like David Duke. And he did sound, to a certain extent, like Dr. Duke.

Notice they don’t say Dr. Duke sounds like Jimmy Carter or Stephen Walt or John Mearsheimer or Roger Waters. It’s always the other way around. Is it just because they want to discredit people with an association with their ultimate bogeyman, someone they have feared so much, someone who represents such a threat to their supremacy that they have created an entire mythology around in order to insulate everyone else from the truth of his ideas, in order to inoculate the rest of society from the contagion of the narrative he developed?

Well, yes, but there is something more important, more fundamental. These people sound like Dr. Duke because, directly or indirectly, they are getting their information, their examples, their sources, their ideas, their narrative from him.

Dr. Duke has been the pioneer, the trail blazer, the taboo breaker. He is clearing the way and creating a path that others like Waters and Walt and Mersheimer and President Carter can follow.

But to continue to move forward, to move this struggle to the next level, to succeed and triumph and free ourselves we need to do our part. Yes that is informing ourselves. It is spreading the word. It is keeping our bodies and minds healthy and fit. But for those of us who can afford it, it should also mean chipping in.

Making a donation to keep the wheels turning in this endeavor so that this show can go on, so that they website can continue to be a clearing house for news and ideas, so Dr. Duke can continue to travel tirelessly to inspire and educate those who are in a position to make great gains for our cause, and so he can fight the legal battles to travel and speak freely in the face of the Zionist efforts to silence him. It all takes money.

What cause could be more important that the liberation of the peoples of the world from this destructive tyranny? And what more effective way could there be to achieving this liberation than joining with Dr. Duke in this non-violent awakening?

Please, during this season of giving, give a gift for the benefit of all humanity. Make a contribution towards Dr. Duke’s vital work. Thank you and merry Christmas.