Commentary by Dr. Patrick Slattery — Former Israeli Prime Minister Ehud Barak went on CNBC on Wednesday and said that the U.S. should deliver Iran an ultimatum it could never accept and then unleash a bombing blitzkreig. The ultimatum, that Iran should dismantle its entire nuclear program, would simply be a formality to provide cover for naked aggression. Even the United States’ own official intelligence estimate concedes that Iran’s nuclear program is entirely non-military, and the country has invested vast resources for over four decades in building up a nuclear energy industry. 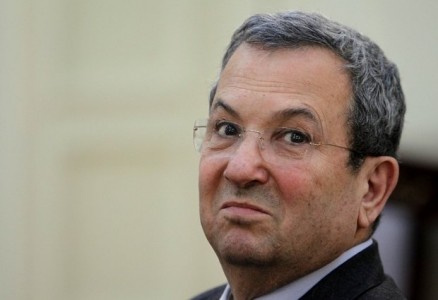 Barak knows something about unacceptable offers. His legendary “generous offer” to Yassir Arafat of “control” of 97% of the West Bank would have devoted 3% of the West Bank to hyper militarized Jewish “settlements,” a network of Jews-only highways, and military bases inside the tiny West Bank and along its Jordan River valley border with Jordan. As the new Palestinian “state-minus” would be forbidden from having a military, the real control of the West Bank would have remained in the hands of the Israeli soldiers and settlers. In other words, the prisoners would be in control of the prison except for the prison walls, watch towers, and machine gun turrets. Gee, thank Ehud.

Barak has the completely undeserved reputation in the American Zio media as a dove and a peacenik. In Israel he has the reputation as a war hero. In fact, he is Israel’s most decorated soldier. His main claim to fame is dressing up as a woman and posing as the lover of another Israeli comando and then storming a residential apartment complex in Beirut, killing dozens of inhabitants including an elderly Italian lady and three PLO leaders. He was also the Minister of Defense during “Operation Cast Lead,” where Israel bombed Gaza back to the stone age (rubble age, actually) which President-elect Obama watched in cold-stone silence and refused to even comment on.

For those of you interested in this Israeli dove’s “peace proposal” for Iran, please read this story below from the Times of Israel.

Ehud Barak on Iran: Close the door and tell them ‘dismantle or else’

US could destroy Iran’s nuclear facilities in ‘a fraction of one night,’ former prime minister says

Former prime minister Ehud Barak on Wednesday urged the United States to adopt a tougher negotiating position with Iran and deliver it an ultimatum: Dismantle its entire nuclear program “or else.”

In an interview with CNBC, Barak said the US should hold direct negotiations with the Iranians and send “a clear message.” He downplayed fears that a military strike on Iran would spark a full-fledged war, saying the operation would more closely resemble the assassination of Osama bin Laden than the 2003 Iraq war and could be carried out in one night.

“It’s the [world powers’] last moment to stand firm and to make a position and to make sure that Iran will eventually understand, that either they dismantle their nuclear program or else,” Barak said.

“I think that what is really needed is a clear message — it’s not too late to send an authoritative envoy of the president to come to [Iranian Supreme Leader Ali] Khamenei, [Iranian President Hassan] Rouhani, close the door behind and tell them: ‘Gentlemen, we fully understand you, we are not going to embarrass you, we’re not going to humiliate you, but you have to understand: either you agree once and for all to dismantle your nuclear military program – or else.’”

Barak suggested that the “blurring” of the military option doesn’t serve Western interests.

“The reason that they’re here is exactly the fact that they suffered the sanctions, [and] there was so clearly the big stick in the background and they felt the simmering tension from underneath,” Barak said.

Barak rejected the US presentation of the nuclear deal as the only alternative to war, while also arguing that a military campaign against Iran would not be as extensive as President Barack Obama has intimated.

“Now, the administration uses the term war and people are probably thinking it’s something like a war on Iraq or a war on Afghanistan – it’s not the case.

“Technically speaking, the Pentagon and the armed forces of America under the backing and probably directive of the president create extremely effective means of destroying the Iranian nuclear military program over a fraction of one night, in an operation which is much closer on the spectrum between the war on Iraq and the killing of Osama bin Laden, it’s much closer to killing Osama Bin Laden, and it’s something that should be understood — the Iranians can do nothing about it except for attacking Israel,” Barak said.

“All of us prefer a solution that might be through negotiations, but to negotiate – the other side should understand and believe, not just ‘fake-believe’ – he should understand and strongly believe that if they will not come to terms with the real demands to put all the enriched material out of Iran, to close [the underground nuclear facility at] Fordo, to stop all work on weaponization, on making preparations for a weapon – if all this is not agreed right now they face the alternative.”

Previous Post Race and Policing in America — the REAL story