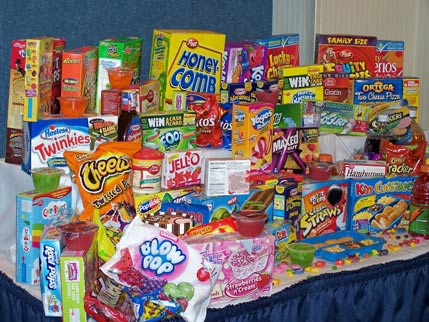 Gary Taubes is the chief science reporter for the New York Times. In his survey of the most up-to-date scientific evidence related to a healthy diet and lifestyle, he says the Germans and Austrians up to the end of the Second World War had it right. To paraphrase Taubes…

Before World War II most meaningful medical research was done in Europe. The lingua franca of science was German. To be a researcher in medicine, physics, chemistry, or any field you ideally had to speak German. This was especially true in the sciences related to health. Many Americans moved to Germany and Austria to train with these scientists. Most of the leading experts in nutrition and metabolism in the US prior to World War II did this.

Now, finally in the 21st century we are learning that what these excellent European scientists thought about obesity more than a half a century ago was absolutely right.

They had learned that obesity is fundamentally not about calories in or calories out, it was more about genetic and hormonal reaction to the type of foods we were eating — rather than eating too much. What we now know is that what we are eating itself can drive hormones that affect what and how much we eat as well as how our bodies deal with the calorie intake such as storing or building fat and muscle.

The Germans and Austrians figured it all out decades ago.

However, the Germans lost the war, and their cutting edge science on the causes and prevention of obesity was lost and ignored by the new American post-war medical and media establishment.

The obesity, heart disease, and diabetes epidemics beginning in the 1960s correlated with a massive money-driven media that promoted high profit, obesity-causing high-carbohydrate, high-sugar, and processed junk foods and an aggressive demonization of whole natural foods such as meat, whole milk and cream, butter and eggs.

These basic foods that were eaten by our people for millennia, during which period we had thrived with little obesity, heart disease or diabetes, were projected as deadly.

The Jewish-dominated American media drove the shift from natural saturated fats such as coconut oil, lard, and tallow to hydrogenated vegetable oils and even to what all scientists now recognize as the truly deadly trans fats.

With the reduction of saturated fats in our diet, American levels of heart disease, diabetes, metabolic diseases and immune disorders skyrocketed. Highly addictive and super-profitable sugar-loaded drinks and snacks flooded our money-obsessed media, including high fructose corn syrup. Saturation advertising of these sickness causing foods often presented them as healthy alternatives to the demonized natural foods of our forefathers. 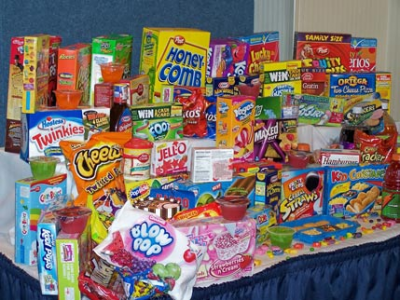 Interestingly, decades earlier in the 20th century, Jews played a prominent role in both the mass production of alcohol and in its cultural popularization. The great Henry Ford wrote about and extensively documented this fact. He pointed out the enormous toll that alcohol abuse and addiction takes in terms of human values and life, and how the Jewish dominated media at every opportunity constantly promoted the consumption of alcohol, an industry in which they had disproportionate ownership even before its legalization.

Another destructive vice was of course cigarette smoking. It was the Jewish nephew of Sigmund Freud, Edward Bernays, who led the massive media drive to make cancer-causing cigarettes a fashion statement for American women and men.

An example is how Bernays’ Jewish allies in the Jewish-owned NY Times conspired to promote smoking in young women by calling cigarettes for women, “Torches of freedom.”

Bernays’ and his Jewish allies’ ability to influence women to smoke was a prelude their ultimate aim, the media promotion of the greatest human slaughter and destruction in World History, the Second World War. They recognized the threat of an awakened Europe to their rising economic, political, and media power in Western nations.

Coinciding with their success in orchestrating the defeat of Europe came their breathtaking takeover of the remaining dissident elements of American media and the American academic establishment.

The Jewish-dominated media was fueled largely by the advertising of the processed food industry. They popularized destructive eating and drinking habits that, in spite of amazing medical advances in treatment of disease, saw a massive increase of horrific conditions such as heart disease and diabetes.

As Americans got sicker, more obese, and more addicted to alcohol and drug lifestyles promoted and glamorized by the media, Jewish media moguls gained a huge new source of advertising revenue from a pharmaceuticals industry which grew in correlation with the medical diseases spurred on by America’s new bad eating habits. Moreover, many of the drugs themselves created a plethora of new medical treatments just to deal with their side effects. This led to an ever growing cycle of medical dysfunction, spending, and degeneration of the population.

A completely dominated Jewish Hollywood establishment, aided by the massive influence wielded by television, multiplied their influence on the trends and values of the young and old. Tens of thousands of movies and TV programs have relentlessly promoted alcohol and drug abuse, sexual perversion and degeneracy, as well as foods that have effectively poisoned and harmed the lives of hundreds of millions of people.

The advertising of unhealthy foods was the fuel of a media that not only concomitantly lied about food, but lied about every unhealthy political and social policy imaginable — as well as embarking us on never-ending wars meant to install their globalist hegemony.

Listening to some of the lectures of Gary Taubes, I think his scientific views are enlightening, logical and truly consonant to the historical mores of the European people. In fact I believe the diets and active lifestyles of our European ancestors, honed by the environment of Europe and West Asia over tens of thousands of years, is a good starting place for understanding the fundamental laws of our physical and spiritual health.

It is hard to sort out all the different health, dietary, and lifestyle recommendations. I think we should first look the evidence of the evolutionary factors in the creation of our great European peoples. Next, I think we need to explore research about how diet and other factors affect health from a scientific viewpoint utilizing the great minds of our people to logically sort out the truth.

Gary Taubes’ invocation of the German scientists of the 1930s and 40s has done us a real service, not only to Europeans across the globe, but to all the hundreds of millions people around the world who have suffered immeasurably from the sickness-spawning lifestyles promoted by the globalist media and medical establishment.

Previous Post ADL to Trump: Come up with something other than ‘America First’ (Israel First, maybe?): Zio-Watch, May 1, 2016