Today Dr. Duke had a round-table discussion with Attorney Don Advo and Dr. Patrick Slattery on the fake allegations that the government of Syrian President Assad has used chemical weapons “against its own people.” Even NPR has acknowledged that there is no actual evidence that the Syrian Army has used, or even possesses, chemical weapons, but that doesn’t stop them and the rest of the Zio-media from calling for war against Syria. 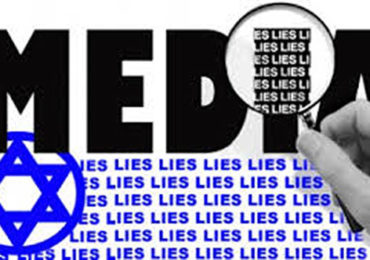 Dr. Duke pointed out that Syria would have absolutely nothing to gain from using chemical weapons, and noted that the main “evidence” produced, namely a baby in an oxygen mask, hardly constitutes proof. He and Don Advo recounted the frequent use of babies in pro-war propaganda that has later proved false, from German bayoneting of Belgian babies in World War I to the stealing of Kuwaiti incubators by Saddam Hussein’s troops in the first Gulf War. Dr. Slattery pointed out that any U.S. military action in Syria would necessarily lead to irresistible pressure to accept endless refugees from that part of the world, just as our military involvement in Indochina and Central America contributed to the demographic transformation of the American population.

This show makes an air-tight case against military action in Syria. It is an easy-to-swallow red pill. Share it with your friends and relatives with a glass of water. Also comes in convenient chewable form.