Commentary — Susan Rice is a good girl who had been going to church and trying to get her life back on track. 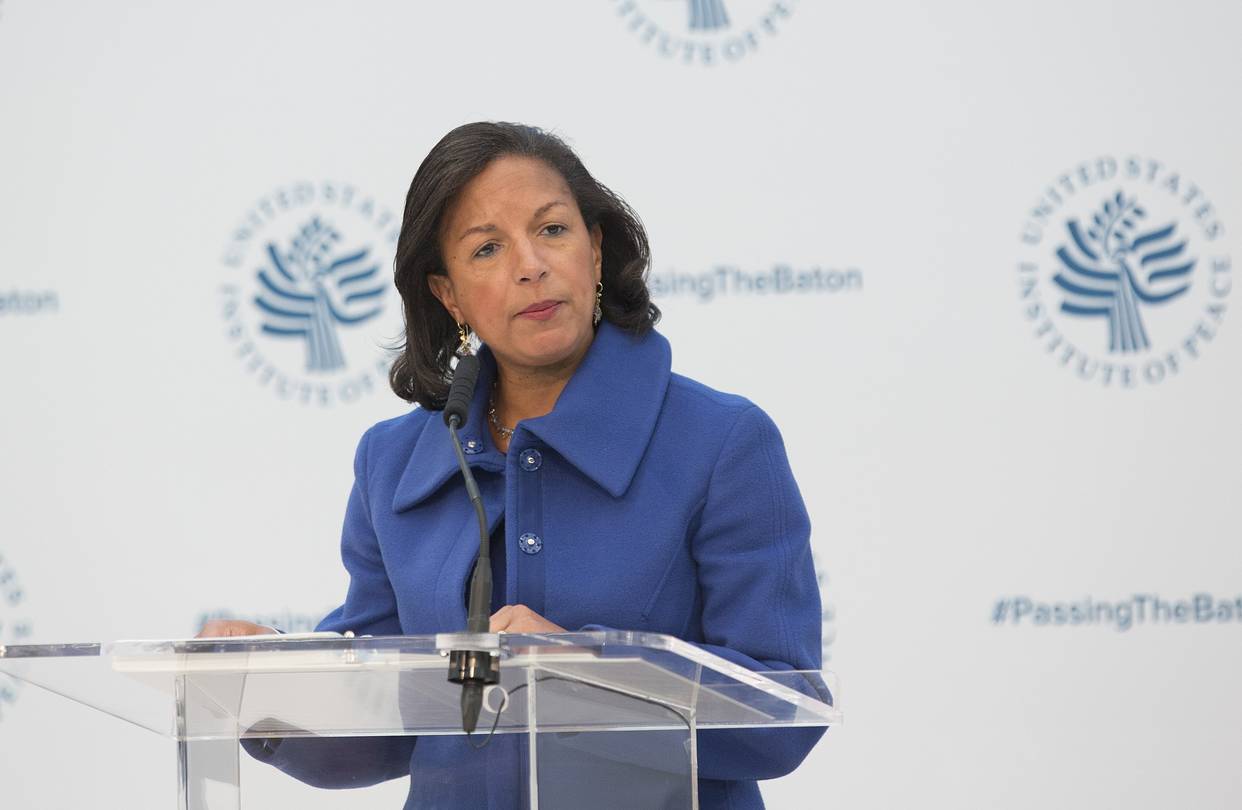 Susan Rice speaks during a conference on the transition of the U.S. Presidency from Barack Obama to Donald Trump at the U.S. Institute Of Peace, Jan. 10. Photo: Agence France-Presse/Getty Images

Well, what do you know. On the matter of who “unmasked” the names of Trump transition officials in U.S. intelligence reports, we now have one answer: Susan Rice, Barack Obama’s national security adviser.

A U.S. intelligence official confirms to us the bombshell news, first reported Monday by Bloomberg, that Ms. Rice requested the name of at least one Trump transition official listed in an intelligence report in the months between Election Day and Donald Trump’s inauguration.

Ms. Rice received summaries of U.S. eavesdropping either when foreign officials were discussing the Trump team, or when foreign officials were conversing with a Trump transition member. The surveillance was legally authorized, but the identities of U.S. citizens are typically masked so they cannot be known outside intelligence circles. Ms. Rice asked for and learned the identity of the Trump official, whose name hasn’t been publicly disclosed and our source declined to share.

Our source did confirm that Ms. Rice also examined dozens of other intelligence summaries that technically masked Trump official identities but were written in such a way as to make obvious who those officials were. This means that the masking was essentially meaningless. All this is highly unusual—and troubling. Unmasking does occur, but it is typically done by intelligence or law-enforcement officials engaged in antiterror or espionage investigations. Ms. Rice would have had no obvious need to unmask Trump campaign officials other than political curiosity.

We’re told by a source who has seen the unmasked documents that they included political information about the Trump transition team’s meetings and policy intentions. We are also told that none of these documents had anything to do with Russia or the FBI investigation into ties between Russia and the Trump campaign. While we don’t know if Ms. Rice requested these dozens of reports, we are told that they were only distributed to a select group of recipients—conveniently including Ms. Rice.

All of this helps to explain the actions in the last week of House Intelligence Chairman Devin Nunes, the one official in Washington who seems interested in pursuing the evidence of politicized surveillance. Mr. Nunes was roundly criticized by Democrats and the media last week for publicly revealing at least one instance of Obama White House unmasking, albeit without disclosing any names.

Now we know he is onto something. And we know that Mr. Nunes had to go to the White House to verify his information because the records containing Ms. Rice’s unmasking request are held at the National Security Council.

Where are the civil libertarians when you really need them? These columns support broad surveillance powers for national security, but executive officials need to be accountable if those powers are abused. If congressional oversight of U.S. intelligence operations is going to be worth the name, then it should include the unmasking of a political opponent by a senior official in the White House.

Democrats certainly raised a fuss during the Bush years and after Edward Snowden kicked off the debate about “metadata,” which are merely telephone numbers without names. Oregon Senator Ron Wyden went so far as to introduce a bill in 2013 to strengthen the ban on “reverse targeting”—in which intelligence agencies surveil foreigners but with the goal of capturing U.S. citizen communications.

Yet now that there’s evidence that the Obama Administration may have unmasked Trump officials, Democrats couldn’t care less. Adam Schiff, the ranking Democrat on House Intelligence, has spent the past week denouncing Mr. Nunes for revealing that a name was unmasked and for having sources at the White House. But he hasn’t raised a peep about the unmasking itself or who was behind it.

The news about Ms. Rice’s unmasking role raises a host of questions for the Senate and House intelligence committees to pursue. What specific surveillance information did Ms. Rice seek and why? Was this information related to President Obama’s decision in January to make it possible for raw intelligence to be widely disbursed throughout the government? Was this surveillance of Trump officials “incidental” collection gathered while listening to a foreigner, or were some Trump officials directly targeted, or “reverse targeted”?

We were unable to locate Ms. Rice Monday to ask for comment, and she hasn’t addressed the unmasking as far as we know. But asked last month on the “PBS NewsHour” that Trump officials might have been surveilled, she said, “I know nothing about this” and “I was surprised to see reports from Chairman Nunes on that account today.” She certainly deserves her turn under oath on Capitol Hill.

None of this should deter investigators from looking into the Trump-Russia connection. By all means follow that evidence where it leads. But the media have been running like wildebeest after that story while ignoring how the Obama Administration might have abused domestic surveillance for its political purposes. Americans deserve to know the truth about both.