In yet another display of rampant hypocrisy, Jewish Supremacists in Israel have warned Israelis that if they follow the example of “western liberalism”, they will destroy “the only Jewish state.” 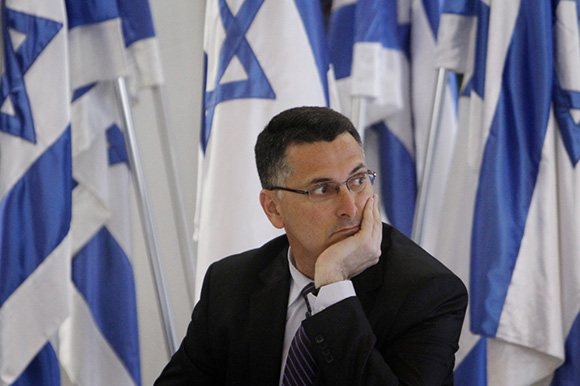 Israeli interior minister Gideon Saar, of the Likud party, said in a Knesset debate last week. “The location of Israel as the only Western state sharing a border with the African continent necessitates it. If we decide to be the exemplar of liberalism among Western states, we will bring about, with our own hands, the destruction of the only Jewish state.”

The hypocrisy of this statement—made against a backdrop of at least 60,000 Africans who have sought asylum in Israel—lies in the fact that in all other nations around the world, Jewish Supremacists are at the forefront of pushing “secular liberalism.”

In America, for example, Jewish Supremacists are one of the biggest lobbies for immigration reform and open borders, and this same ideology permeates Jewish lobbies in all other western nations as well.

However, when it comes to their own state, these same Jewish Supremacists know exactly how dangerous this policy is—and therefore enforce exactly the opposite of what they demand for all gentile nations.

Saar was speaking during a debate on a bill “meant to provide a framework for handling the African migrant population in Israel,” according to the Jewish Telegraphic Agency.

The bill, which passed an initial vote with a strong majority in the Knesset last week, is expected to become law in the coming weeks. Backers of the measure hope it will encourage migrants to return voluntarily to their home countries.

“We need to create a deterrent,” said Saar, adding that the African migrants — whom the bill and many Israelis refer to as “infiltrators” — pose a threat to the state’s social order and its Jewish majority.

The proposed law aims to replace legislation passed last year allowing up to three years’ imprisonment without charge for anyone who crosses the border illegally.

“The law needs to remove economic incentives for them to come and send back people whose lives aren’t in danger,” said Yonatan Jakubowicz, director of public relations for the Israel Immigration Policy Center, which supports the bill.

The real point is this: If Jewish Supremacists know and understand the problems caused by “open borders” and “globalization”—which they obviously do, otherwise they would not enforce such rigorous immigration control in Israel, then why do they demand exactly the opposite for all non-Jewish nations?

The only answer can be a determined maliciousness on the part of the Jewish lobby to undermine and weaken all other nations as part of a broader divide and rule strategy, which will ensure that all nations except Israel maintain their strength, pride and homogeneity.

It is the ultimate Zionist Supremacist hypocrisy: one rule for Jewish Supremacy, another for everyone else.