Jewish Supremacist groups have “greeted with enthusiasm” the news that the U.S. Senate will begin hearings on increased sanctions against Iran after the Thanksgiving holiday, saying that this is “reflective of their own policy.” 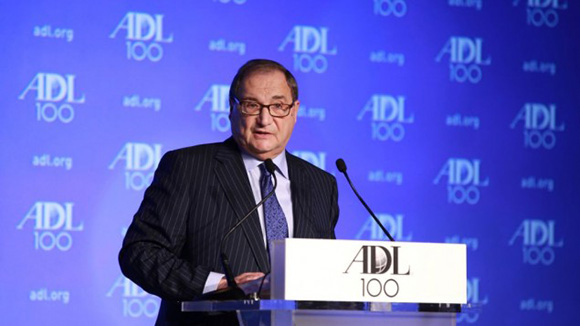 A spokesman for AIPAC, the largest Jewish lobby in Washington DC., told the Times of Israel that his organization “welcomed the announcement” and “sees the announcement and the subsequent bill as important statements about the resolve of Senate Democrats and Republicans to prevent Iran from acquiring nuclear weapons capability.”

Late last month, top-level administration members met with the leadership of AIPAC, the Conference of Presidents of Major Jewish Organizations, the Anti-Defamation League (ADL) and the American Jewish Committee (AJC) to try to convince the groups to tone down their support for stricter sanctions against Iran. AIPAC announced shortly after the meeting that it would not comply with the request, and lobbying for Senate action on an Iran sanctions bill continued.

Foxman said that he was “comforted” by the Senate announcement, “because it sends a message where Congress is — that Congress understands the need for additional sanctions, and that whatever happens by December 8, it will either be an additional incentive or consequences for a no-good deal.”

The blatant manipulation of American foreign policy by these Zionist fanatics therefore goes on without pause.

This control of America by the Jewish Supremacists is the single biggest reason why Americans are hated by large parts of the world’s population.

It is the single biggest reason for terrorism against America and American targets, and is the cause of all the highly costly and deadly foreign wars in which thousands of American lives have been lost.

* The Zionists Supremacists have once again threatened nuclear war over Iran.

Israeli foreign minister Avigdor Liberman has announced that if Iran is allowed to continue to enrich uranium, it will lead to a “nuclear race in the region on a scale that even the most nightmarish Hollywood horror movie could not come close to depicting.