The “Israeli lobby” in Washington DC has lost none of its power and remains as strong as ever, despite efforts to downplay its importance, leading foreign affairs analyst Stephen M. Walt has said. 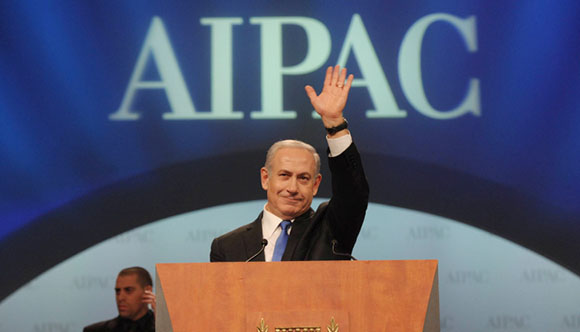 Writing on his blog, Walt pointed out that recent attempts to deny that the Israeli lobby was important—following their failure to incite America into a war against Syria—were “strawman arguments.”

“No serious person writing on this topic believes the Israel lobby is ‘all-powerful’ or that it controls every aspect of U.S. Middle East policy. Viewed in this light, the lobby’s failure to get the United States into a war in Syria is hardly telling evidence of its limited influence.

“Getting the United States to launch an unprovoked war is a big task — especially when you consider how America’s recent wars in that part of the world have gone — and no lobbying or interest group can accomplish that by itself.

“Does this mean the lobby’s power is on the wane? Maybe, but not by much. Israel continues to receive $3-4 billion in U.S. aid each year, even though it is now a wealthy country.

“It gets this aid even as it continues to take actions the United States opposes, most notably building settlements in the Occupied Territories.

“The United States continues to provide it with diplomatic cover in the United Nations and other international organizations, and U.S. officials consistently turn a blind eye to Israeli actions that are making the two-state solution that the U.S. favors impossible.

“Or ask yourself this: why has President Obama spent more time meeting with Benjamin Netanyahu — the leader of a small Middle Eastern country whose total population is less than New York City — than with any other foreign official, and why did Netanyahu recently get a seven-hour meeting with Secretary of State John Kerry?

“Is it because Obama and Kerry find Bibi’s company so engaging that they just can’t bear to be apart? I don’t think so. One measure of the lobby’s impact is simply the amount of time and attention that US officials have to devote to this one small country, while studiously ignoring its nuclear arsenal, illegal settlements, and other deficiencies. (No country is perfect, of course, but Israel is uniquely immune to criticism by prominent U.S. political figures.)

“Finally, if you’re not wearing blinders, it is impossible to miss the fact that AIPAC, WINEP, JINSA, the RJC, the ADL, and a host of other hardline groups in the lobby are now the principal opponents to a diplomatic deal with Iran.

“Just look at this article from The Forward, or this one from Ha’aretz, which make it clear that these are the principal groups holding Obama’s feet to the fire on this issue.

“And of course it is many of these same groups or individuals who have been insisting for years that the U.S. keep all options “on the table” and use force against Iran if necessary. Absent pressure from these groups, it would be much, much easier for the United States to come to terms with Tehran.”